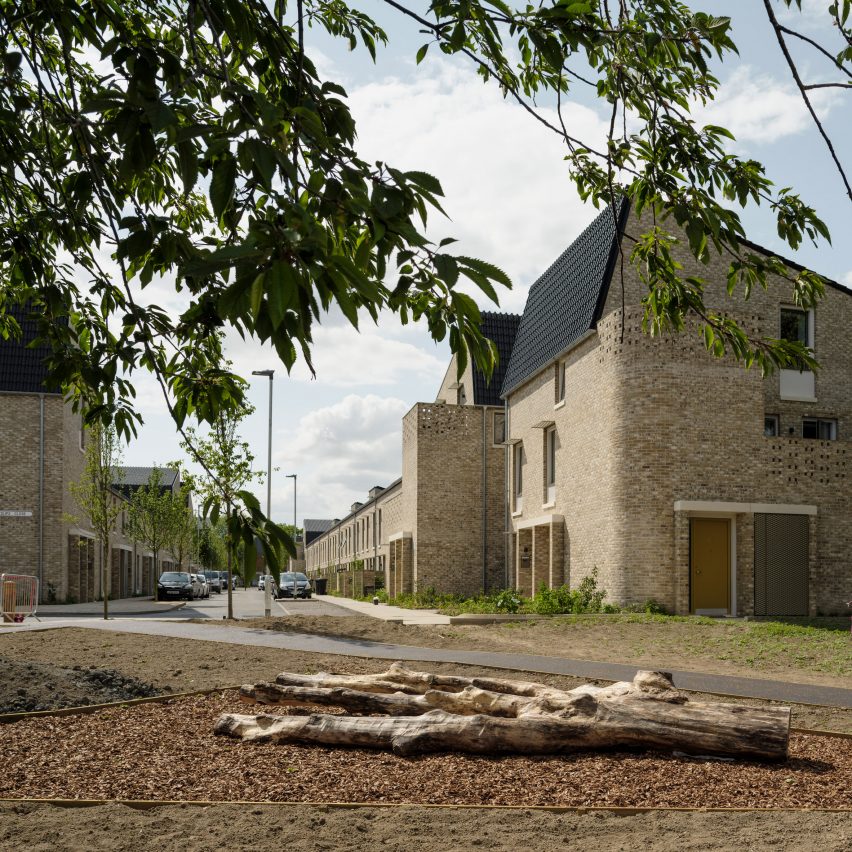 Architects, critics and politicians are taking to twitter to celebrate Goldsmith Street becoming the first ever social housing scheme to win the RIBA Stirling Prize.

It has been widely celebrated as a significant moment in the 23-year-history of the prize, with TV architect George Clarke hailing it as “a game changer”.

The V&A’s Meneesha Kellay added that it was a “big win for architecture in the interest of public good”, while Charles Holland said the decision was “heartening in every way”.

So pleased that a social housing project has won the Stirling Prize. Just shows the kind of architecture we can design when we view council housing in a positive light as opposed to building the bare minimum because there’s no profit incentive. https://t.co/qRGbta3UMS

Tate Hindle’s Vinesh Pomal also praised the decision, saying it was “a powerful message to public and private sector clients”, while British architect Julia Barfield said that schemes like Goldsmith Street “should become the new normal”.

Piers Taylor, founder of Invisible Studio, was also optimistic about the decision, adding that “it is possible once again to imagine the UK might take real pride in its housing infrastructure”.

Along with the widespread praise form the architecture industry, several politician added their compliments, with Tom Watson describing the result as “great news”.

The #StirlingPrize for @NorwichCC is great news. But as dep leader Gail Harris says: “That’s not the point. It’s about people having good quality homes and low fuel bills. We plan to build a lot more.” That’s local Labour govt delivering for the community. https://t.co/iwH3CK3YeG

Numerous commenters also took to Twitter to highlight the importance of the prize’s recognition of Goldsmith Street’s environmental credentials.

London studio Architype said the win “puts Passivhaus in the spotlight – exactly where it needs to stay”.

Architect Sean Jeffries Pavis hopes that “this is a tipping point for architecture in the UK”, adding that all “architecture should preserve and repair our environment, locally, nationally and globally”, while UK Green Building Council’s John Alker said it was “so good to see the word #Passivhaus scroll across screen on TV news last night”.

Great to see social housing built to #Passivhaus standards winning the #stirlingprize, so those in need of energy savings benefit the most – the original mission of the methodology. Hope this inspires other local authorities to re-evaluate. https://t.co/Bi82Cy7CMw

However, not all reactions are as positive. Implying that the decision had been swayed by politics, Amanda Baillieu asked: “Can someone remind me. Is the Stirling Prize about virtue signalling or about a building that’s taking British architecture forward?”

Developer Neil Murphy also shifted the spotlight towards the cost of the scheme, stating that despite being “brilliant” that “it is important to note that at £2,100 per square metre Goldsmith Street is emphatically not low cost.”

RIBA’s Stirling Prize has been awarded annually since 1996 to the buildings deemed to have made the most significant impact to British architecture in the past year.

Goldsmith Street also took the inaugural Neave Brown Award for Housing, given in memory of the Royal Gold Medal-winning architect who designed the Alexandra Road Estate in north London.