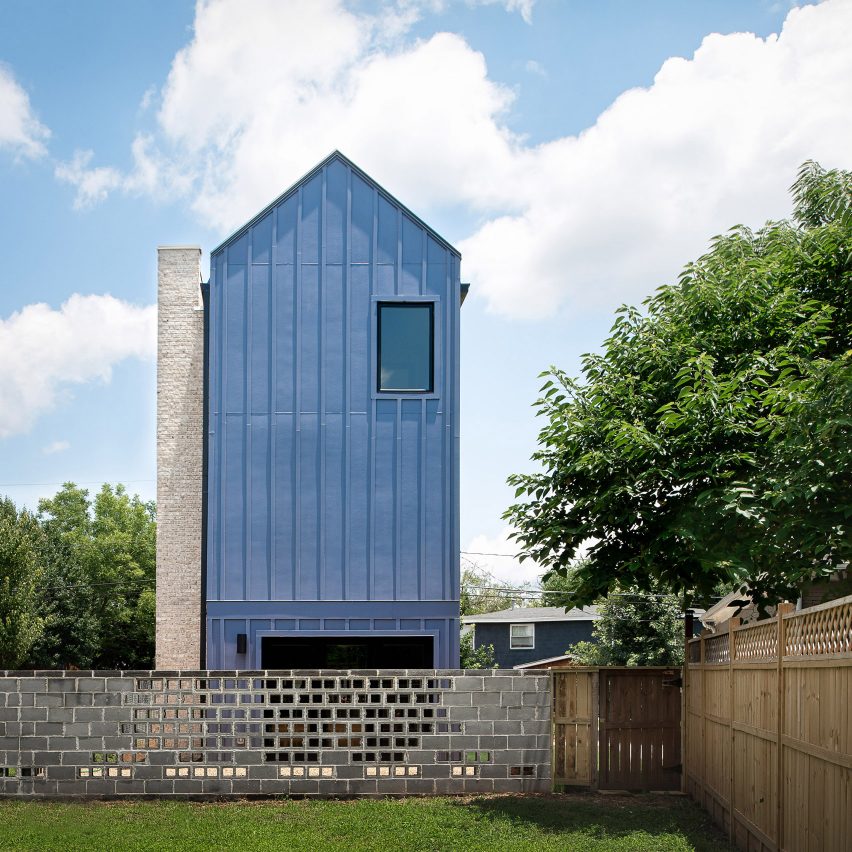 Atlanta architect Alexander Wu chose one of the city’s smallest properties to build this home for his family.

The two-bedroom home was a self-initiated project by Alexander Wu, who started up his architectural practice Alex Wu Architect in 2016.

Wu was looking to expand his practice with residential work. His career previously focussed on institutional work while at Chicago firm Perkins+Will, and his portfolio lacked single-family residential designs.

“Without a portfolio of residential work, it was challenging to find a client who would give me a go,” the architect said in a project description.

“Eventually, I determined that it would be easier to do it myself without a client, pursue financing, and build a spec home.”

The six-metre-wide lot is located just south of the city’s downtown area. It is reportedly the third smallest in Atlanta and was considered “unbuildable” according to local development standards.

Wu was able to afford the property, and calculated that he could design a suitable home for the site. 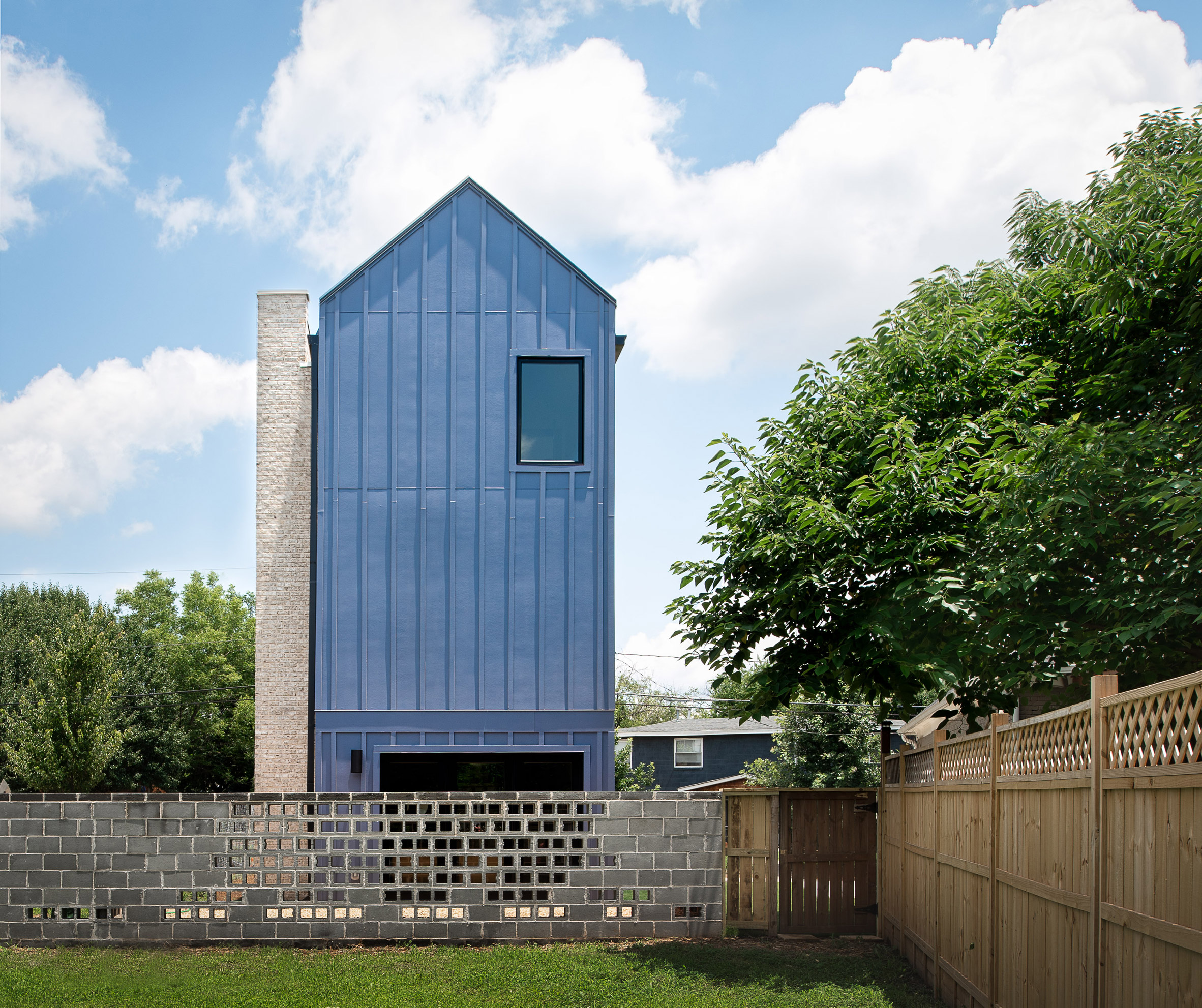 Two volumes make up the home, making the project measure 4.3 metres in width. A two-storey structure built with pale brick is located at the front of the lot, with a slender, three-floor gabled structure at the back.

A glass block containing the staircase separates these two volumes, and forms as the main entrance to the home.

The residence’s ground floor features an open-plan kitchen and living room at the rear. Sliding glass doors open from here to the garden. A dining room is located at the front of the home, in the brick portion. 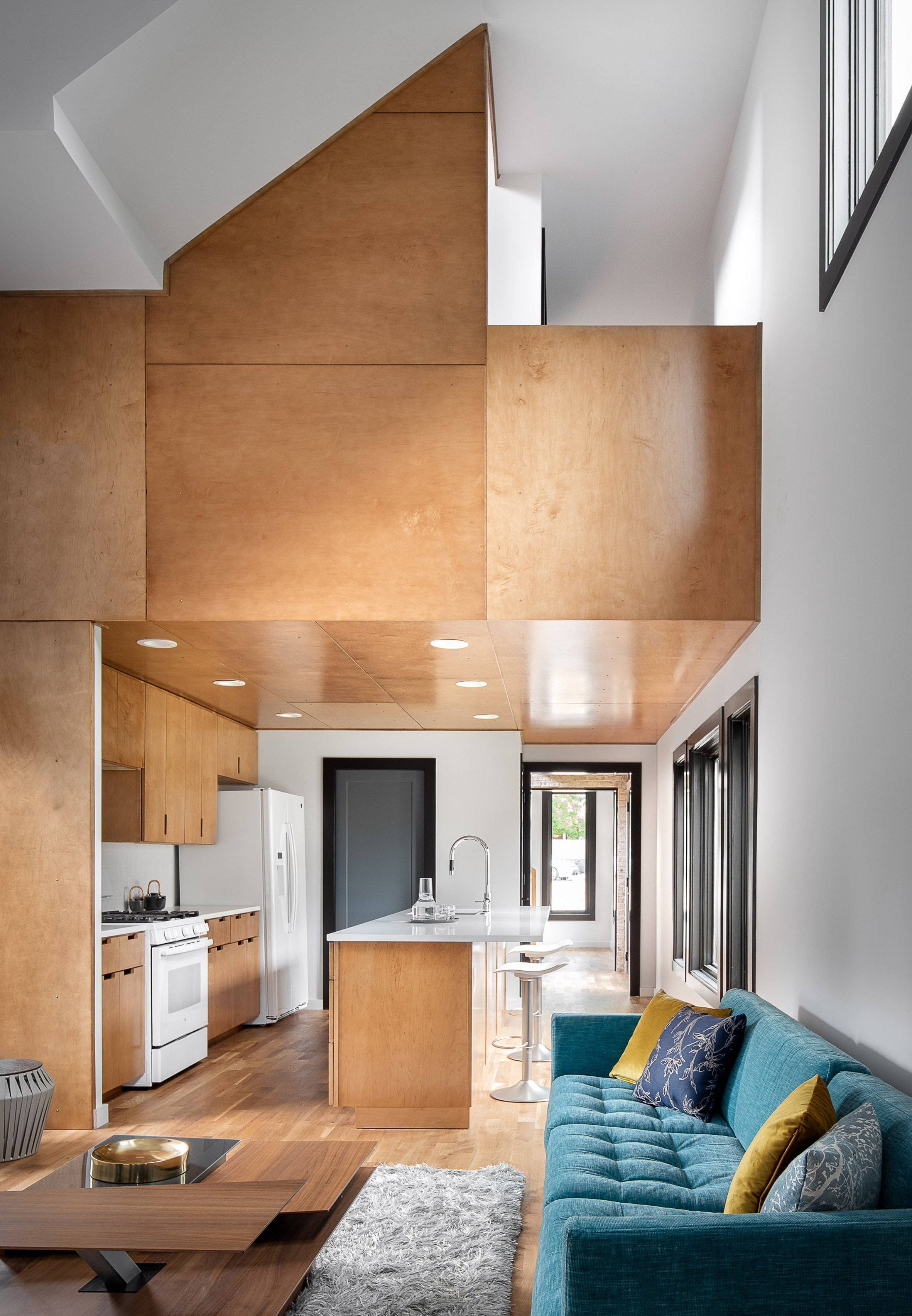 On the first floor are a children’s bedroom and a small game room. This second room receives natural light from two orientations. A balcony is carved out from the playspace to overlook the street. 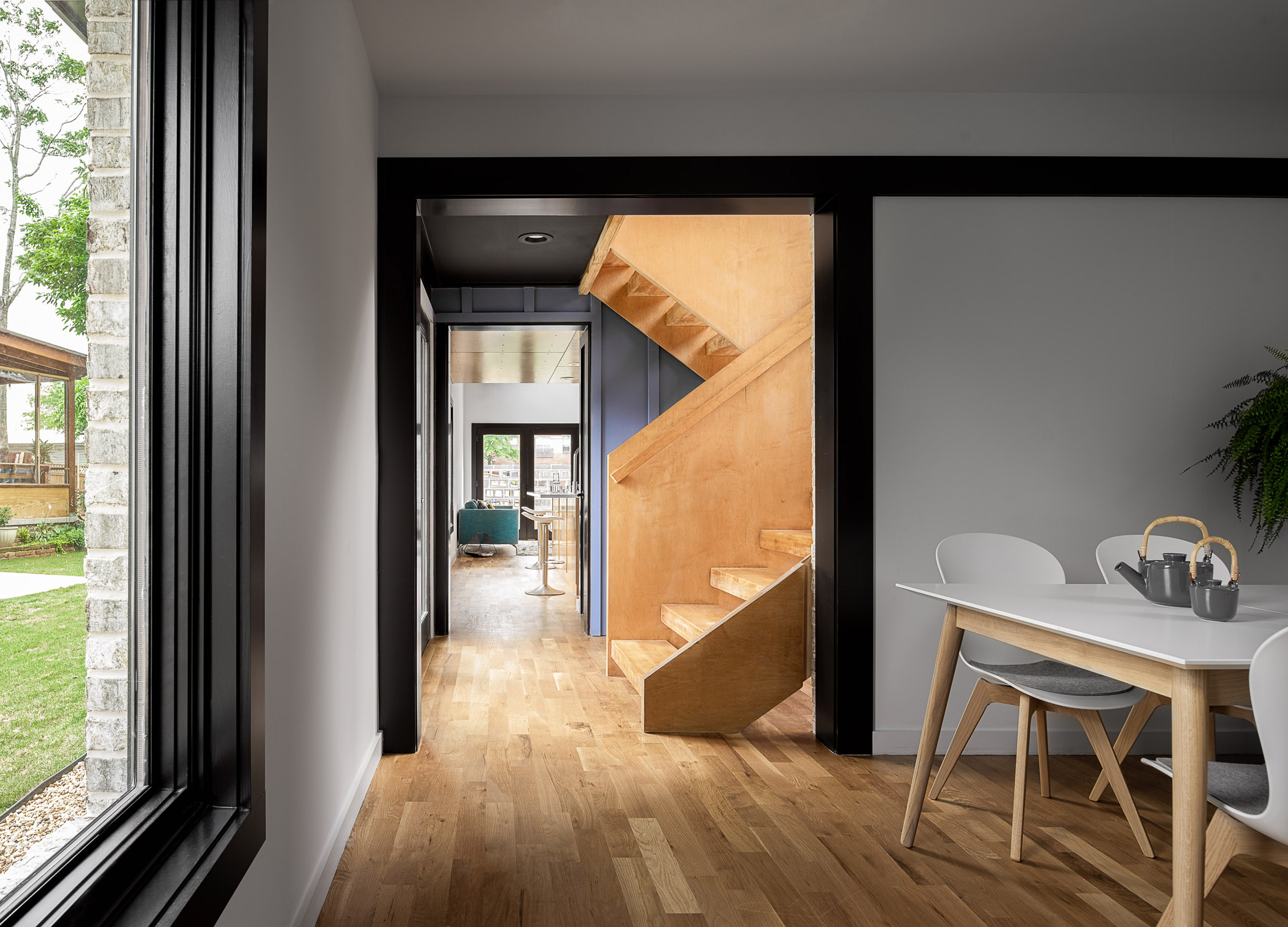 A second staircase leads from this floor’s mezzanine to the master suite on the second floor. Here, Wu included an en-suite bathroom and a home office.

The roof above the dining room can accommodate a terrace, but this feature wasn’t implemented during construction as a cost-saving measure.

“I designed the window in that playroom to be knocked out and switched to a door for access to a future roof deck,” Wu told Dezeen.

“The deck wasn’t included in the project because my financial model suggested that it would have been a very expensive item to complete, with low return for a spec buyer,” he added. 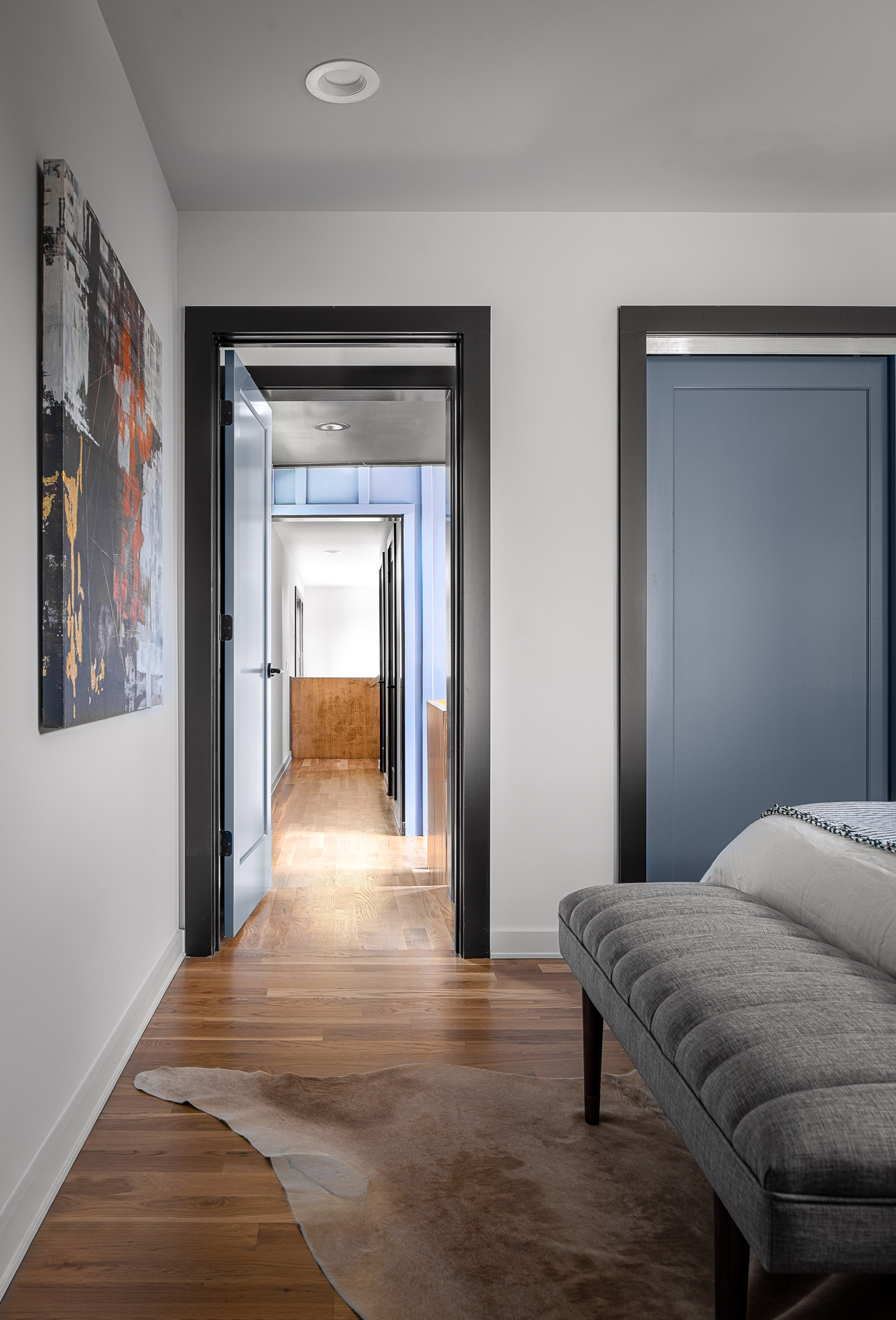 The ceiling of the entire top floor follows the roof’s profile, which helps make the interiors feel spacious and bright. Architectural designer Jennifer Bonner used a similar trick for another house built on a small plot in Atlanta. 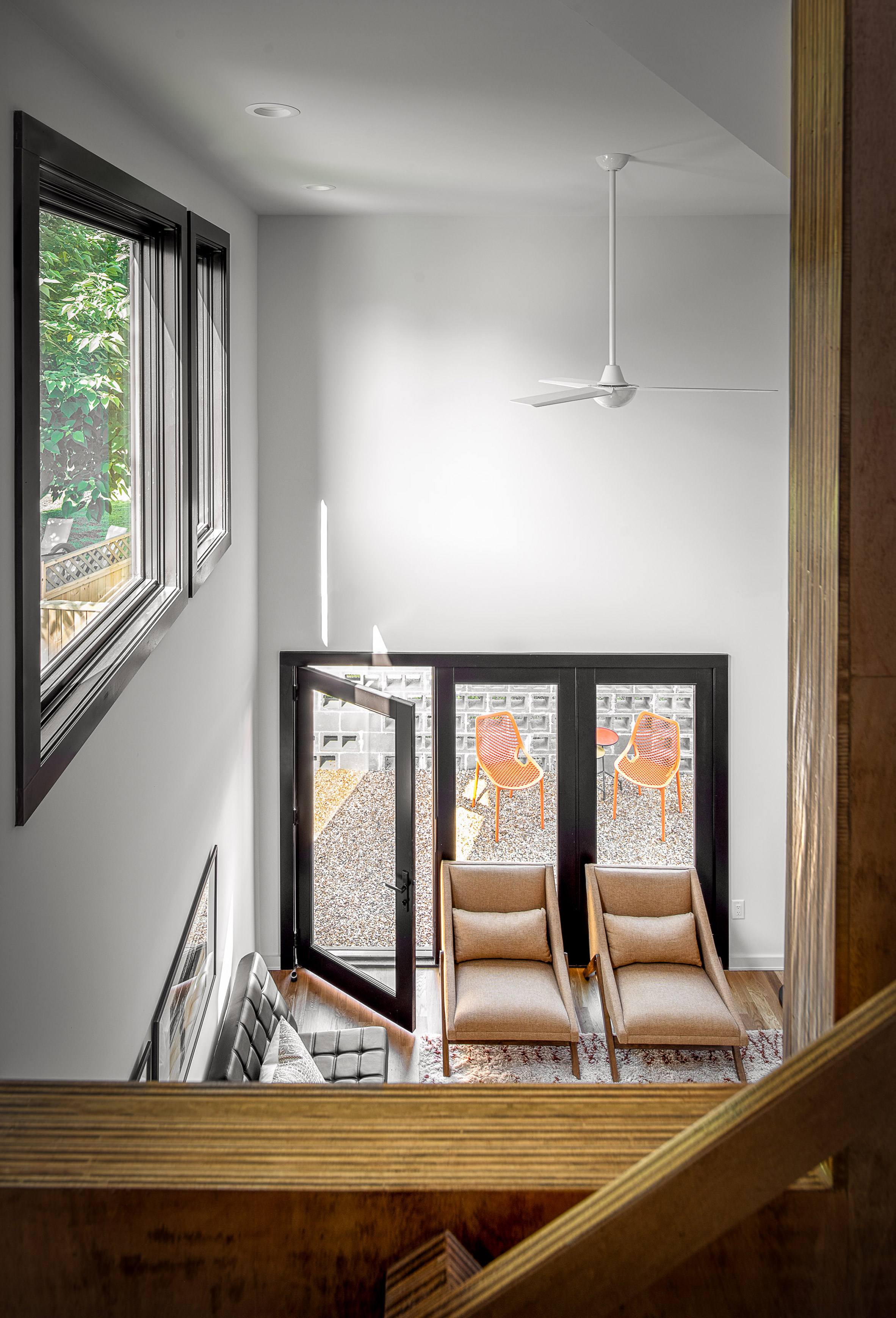 For the interiors, Wu kept to a minimal palette of white walls, using wooden accents for certain ceilings and structural elements like the stairs. He contrasts these neutral tones with bold dark frames around the doors and windows.

“The project seeks to tell the story that design matters making even the most undesirable and restrictive lot into one that is humane, beautiful and desired,” he said.

Although the architect was ready to use the home as his family residence, it proved successful on the market, and was sold in January 2019. “Whether we built it for ourselves or sold it, I always treated the budget as if we planned on selling it,” he told Dezeen.

“Part of the experiment was to see if one could build a designer’s house as a speculative project and make a profit,” he added.

Other examples of tiny homes include a scheme by New York practice Only If Architecture that proposes modifying zoning laws to allow more creative uses for tight lots and a red brick home in Seoul by STPMJ that fits on a 100-square-metre lot.

Photography is by Garey Gomez.

The post Alexander Wu designs himself a house on tiny plot in Atlanta appeared first on Dezeen.