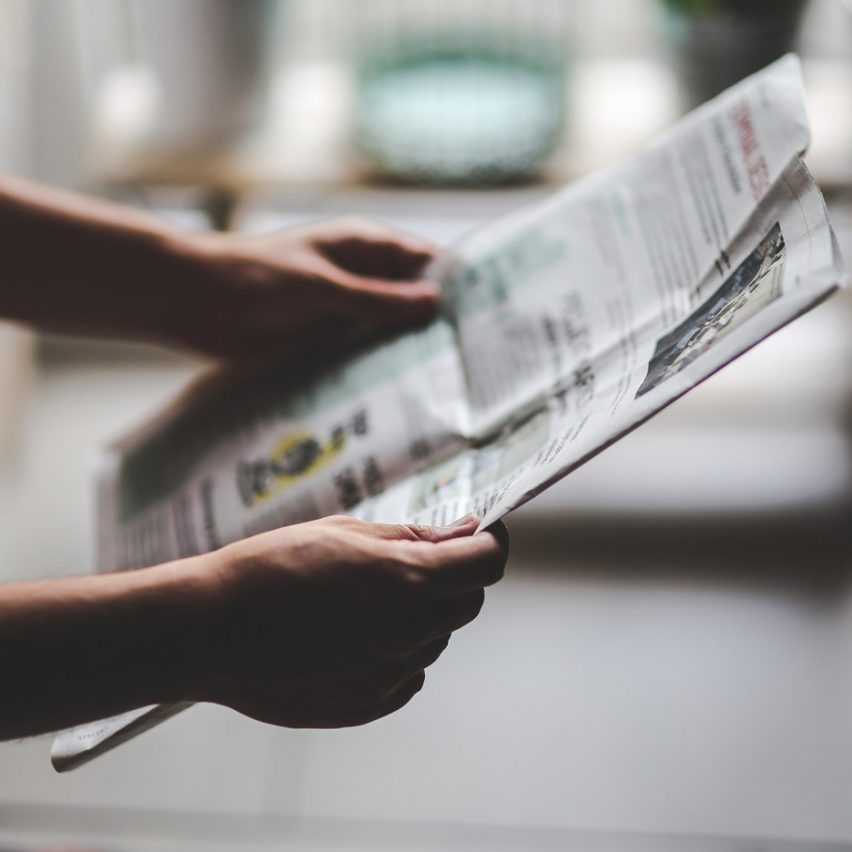 Newspapers’ largely white, male architecture critics are a reflection of the structural inequalities of the built environment and are not equipped to deal with our current time of crisis, says Mimi Zeiger.

On 8 January, just days after insurrectionists stormed the capital, architecture critic Blair Kamin announced on Twitter that after nearly three decades he would step down from his role at the Chicago Tribune. Some, whose minds were previously reeling from the events in Washington, suddenly had a new fixation: Who would replace him?

Kamin refrained from playing favourites, preferring to honour his Pulitzer-winning predecessor Paul Gapp, who served as the paper’s architecture critic for 18 years. In that vacuum, speculation erupted in tweets and on backchannels. Names were floated then caught in what seemed like a vortex, but was really just an eddy compared to national events.

A similar flurry happened in 2018 when Christopher Hawthorne left his post as the Los Angeles Times architecture critic after 14 years to become chief design officer for the city of Los Angeles. And in 2011, when Nicolai Ouroussoff resigned after seven years at the New York Times – a relatively short critical run by comparison.

In each case, unaffiliated writers and critics vied for the top spot. My own heartbeat hard three years ago when I found myself in a cluster of names circling the LA Times spot. Like bridesmaids, we held our breath waiting to see who would catch the bouquet.

Such conjecture is unsurprising, these are elite positions after all. To covet one is to yearn for the power of influence as much as the financial stability it promises – freelancing these days is often a game of chicken with precarity.

But speculation and gossip, along with the old “criticism is dead” chestnut, mask the root condition: scarcity. We are led to believe through myth and snark that criticism is a rarefied act. And even if we shun such thoughts for a more populist stance, it’s hard to argue with the reward: a full-time newspaper gig with health benefits.

This perception of scarcity, however, reinforces structural inequity in architecture. Only a few individuals – white and often male – hold architecture critic positions. Their entrenchment, for a decade or three, at the top of the food chain systemically restricts a plurality of voices from reaching the widest of audiences, from benefiting from networks of power, and from economic solidity.

Recently, Chicago-based writer Zach Mortice argued that the urgencies of our political moment demand that critics address how racial inequity is forged by the built environment, calling out this arena as the “highest calling” of architectural criticism. His point is crisp and well taken but does it go far enough?

Architecture continues to operate as a form of colonisation and globalisation

It is of utmost importance to interrogate how policy and design have been used as tools of segregation and disinvestment against black and brown communities and how architecture continues to operate as a form of colonisation and globalisation. However, the same structural conditions that produce inequity in the field and the greater built environment also limit who is legitimised as a critic.

If we only address a critic’s subject without looking at the author, we risk producing criticism that trades in tokenism and extraction. Moreover, such an approach aligns black, indigenous and people of colour’s (BIPOC) communities with loss and crisis rather than expressing individual narratives — stories that express a fuller range of human experience, including creativity and pleasure, pain and hope.

Perhaps then, it’s time to abolish the architecture critic.

I write this rhetorically, even provocatively, but not without consequence. Abolitionist and defund the police movements focus on dismantling systems of power – systems built on racism and violence. They do so, in part, as a means of getting to what might lie beyond mass incarceration.

“Ultimately, abolition is a practical program of change rooted in how people sustain and improve their lives, cobbling together insights and strategies from disparate, connected struggles,” write Ruth Wilson Gilmore and James Kilgore for The Marshall Project.

“We know we won’t bulldoze prisons and jails tomorrow, but as long as they continue to be advanced as the solution, all of the inequalities displaced to crime and punishment will persist. We’re in a long game.”

My cause is minor, trifling, scarcely worthy of a comparison. But I persist because I want to envision what architecture criticism might look like without a heavy capstone of “the critic” — when we don’t feel the pressure of scarcity but revel in the richness of many voices, many perspectives. Could this be our long game?

If newspapers, magazines, and online publications want to support a more diverse set of writers, they first need to take a hard look at how much they pay

Currently, BIPOC writers are few in a field dependent on the privileges of specific interests and cultivated networks. As noted, most critic positions are occupied by men. Historically and today, some white women – Ada Louise Huxtable and Esther McCoy, Inga Saffron and Alexandra Lange — have found success, yet overall parity eludes.

What platforms, what footings must be rebuilt to better support gender and racial equity within design publishing? Breaking into criticism requires constant hustling and pitching story ideas. It means writing, often for years, at rates somewhere between labour-for-love and a dollar-a-word. It can be exhausting and demoralising.

If newspapers, magazines, and online publications want to support a more diverse set of writers, they first need to take a hard look at how much they pay and recognize that low rates contribute to unsustainable and inequitable practices. Not everyone, especially historically marginalised groups, can afford to make criticism a hobby or side gig.

“Leaning in” and perseverance don’t correct for gaps in access, either. It’s an issue currently being addressed by groups such as the London-based New Architecture Writers, which offers free training and black, Asian and minority ethnic emerging writers, as well as Office Hours, whose online programs aim to provide the mentorship needed to scale barriers to entry into all facets of the design field. These efforts only work, however, if publications make opportunities available.

Ultimately, architecture criticism can’t be reflective of contemporary culture without diverse representation in the ranks. This isn’t a new or novel revelation, but if we continue to obsess on the singularity of “the critic”, it needs to be re-stated.

In the summer of 1969 – a time marked by protest and cultural revolution, Huxtable wrote a letter to A M Rosenthal, her editor at the New York Times. Architecture and the built environment were at the crux of the moment but not getting the reporting they deserved.

“I feel like this is one our major new coverage problems right now, since the field is virtually the man-made world in a period of crisis and change: cities, public and private construction, speculative development, government action, new communities, preservation, expressways and their urban and sociological displacement, urban renewal, land use and abuse, planning and design from the housing unit to the regional scale,” she wrote.

Her key concern was all of it was being addressed in a fragmented fashion by the newspaper, with the bulk of it landing on her desk in a state of panic. She argued that the Times has “the talent and the machinery” to work collaboratively on these issues—but wasn’t doing so.

I read her letter today as an object lesson for our own moment of reflection and revolution. It’s mad to think that a handful of elite critics tackle this current period of change and crisis. We don’t need to adhere to pretensions of “the critic” and the rarity it engenders—the term is restrictive. Urgencies of our time demand an outpouring of criticism by as large and diverse a group of writers as we can muster.

Image is by Karolina Grabowska via Pixabay.

Mimi Zeiger is a Los Angeles-based journalist and critic. She has covered art, architecture, urbanism and design for a number of publications including The New York Times, Domus, Dwell, Architects’ Newspaper, and Architect.

The post "It's time to abolish the architecture critic" appeared first on Dezeen.