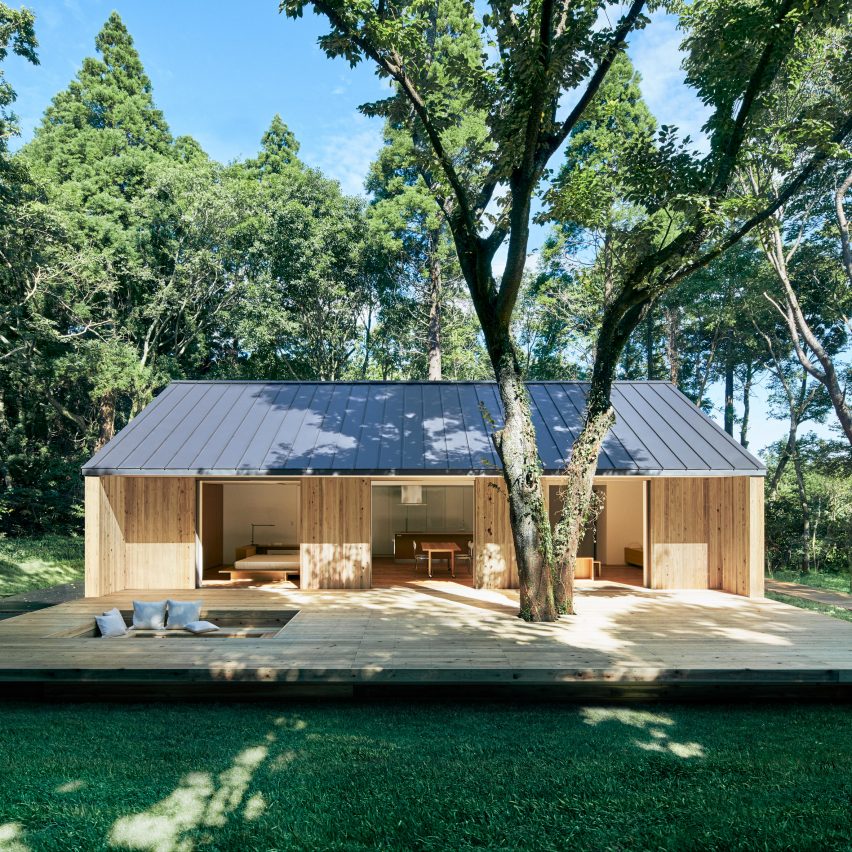 Muji has launched a single-storey prefabricated home called Yō no Ie that has a large outdoor deck to encourage indoor-outdoor living.

Yō no Ie, or Plain House, is intended for use in rural settings and is the first stair-free dwelling in Muji‘s line of prefabricated timber homes that launched in 2004.

The 74-square-metre structure responds to a growing demand for low-profile homes in suburban Japan, and the retail company hopes it will provide “a wide range of generations” with more choices of places to live. 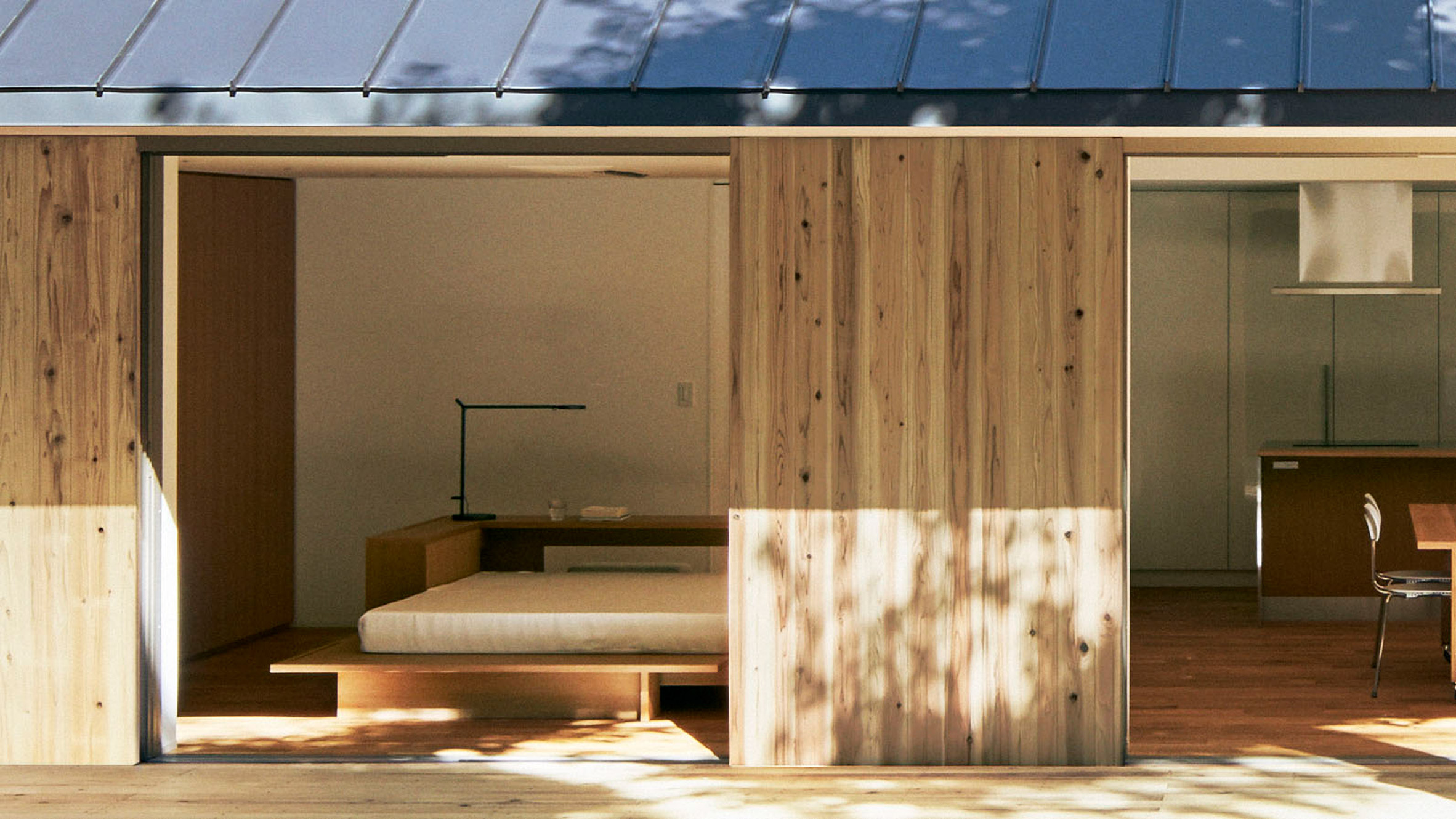 “[Yō no Ie] enables you to interact with gardens that are difficult to realise in such urban areas,” explained the Japanese retail company.

“You can buy it for the first time, at the end of your home after the children have settled, or as a villa. [Yō no Ie] should be a pleasant answer for a comfortable home.” Yō no Ie is a compact single-storey home without columns or fixed divisions. It was designed by Muji for flexibility and will allow owners to reconfigure its layout to meet changing needs.

True to the brand’s minimalist aesthetic, it has a pared-back interior finish composed of pale wood floors and white walls.

Three full-height doors line one side of the house, opening up to the outdoor decking that features a sunken segment for use as a fire pit or garden.

This decking area is intended to form a seamless extension of the house’s interior, so that the division between them has been made as flush as possible. Muji hopes this will encourage inside-outside living as owner’s can easily move their furniture out to create an external living space. 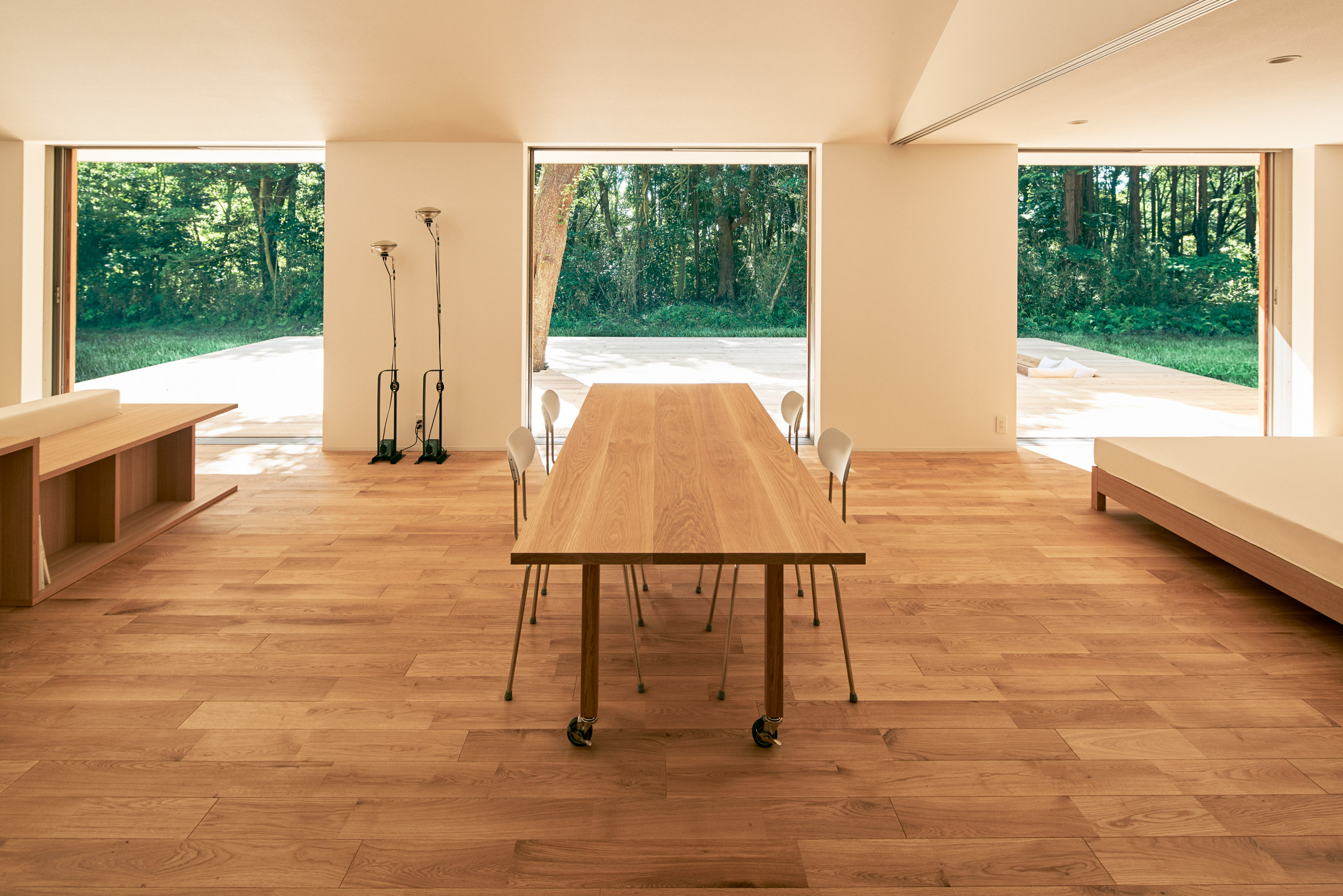 “The boundaries between where you are outside and where you are indoors are ambiguous. From the room, to the deck, to the outside, the space continues in a gradational manner, and the activities performed in the room ooze out,” said Muji.

“Bringing out activities that are originally performed indoors to the outdoors is a way to associate with a new garden.” 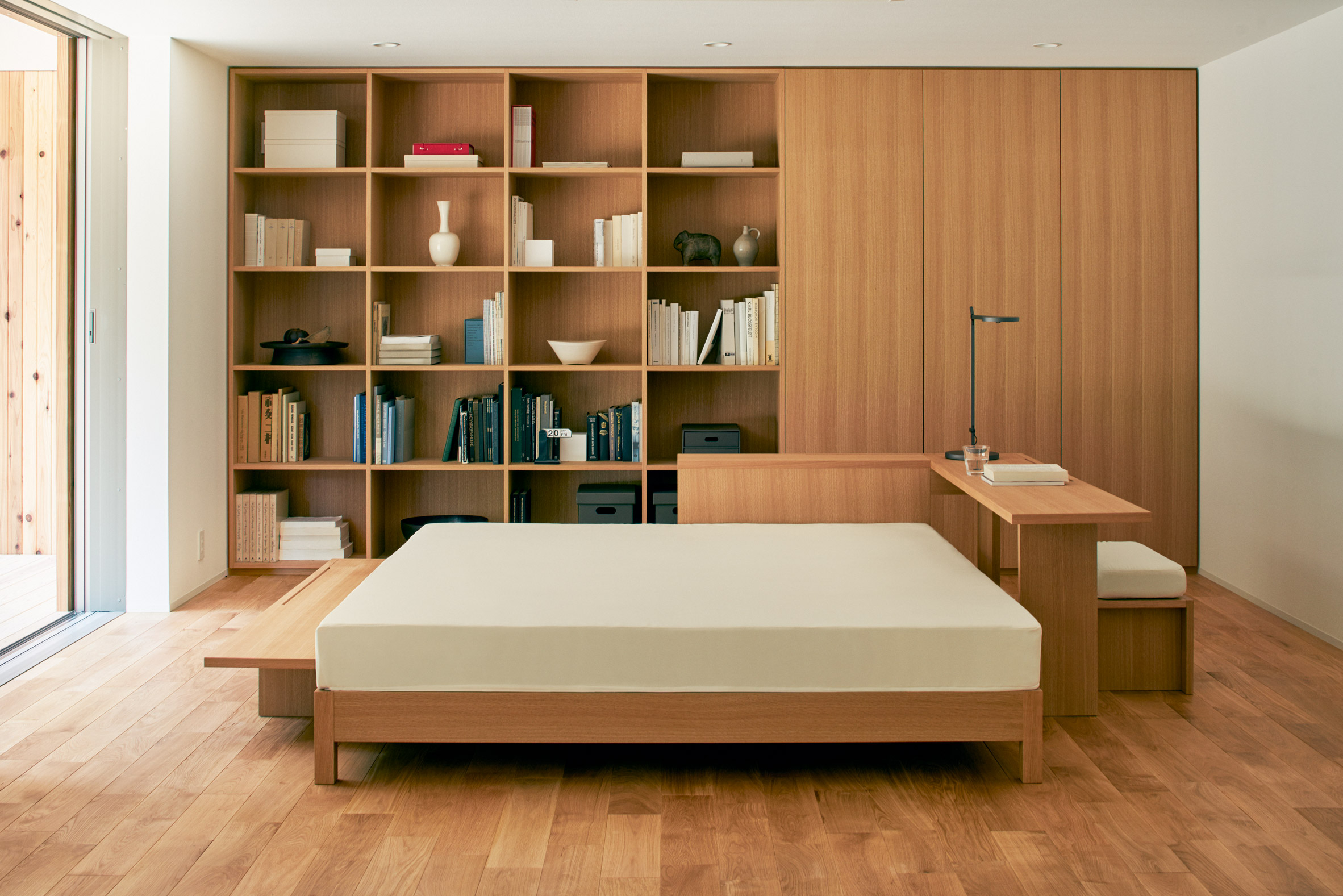 The standard exterior finish for Yō no Ie House is Japanese chestnut, but cement mortar is also available. The roof will be made from galvalume sheets. 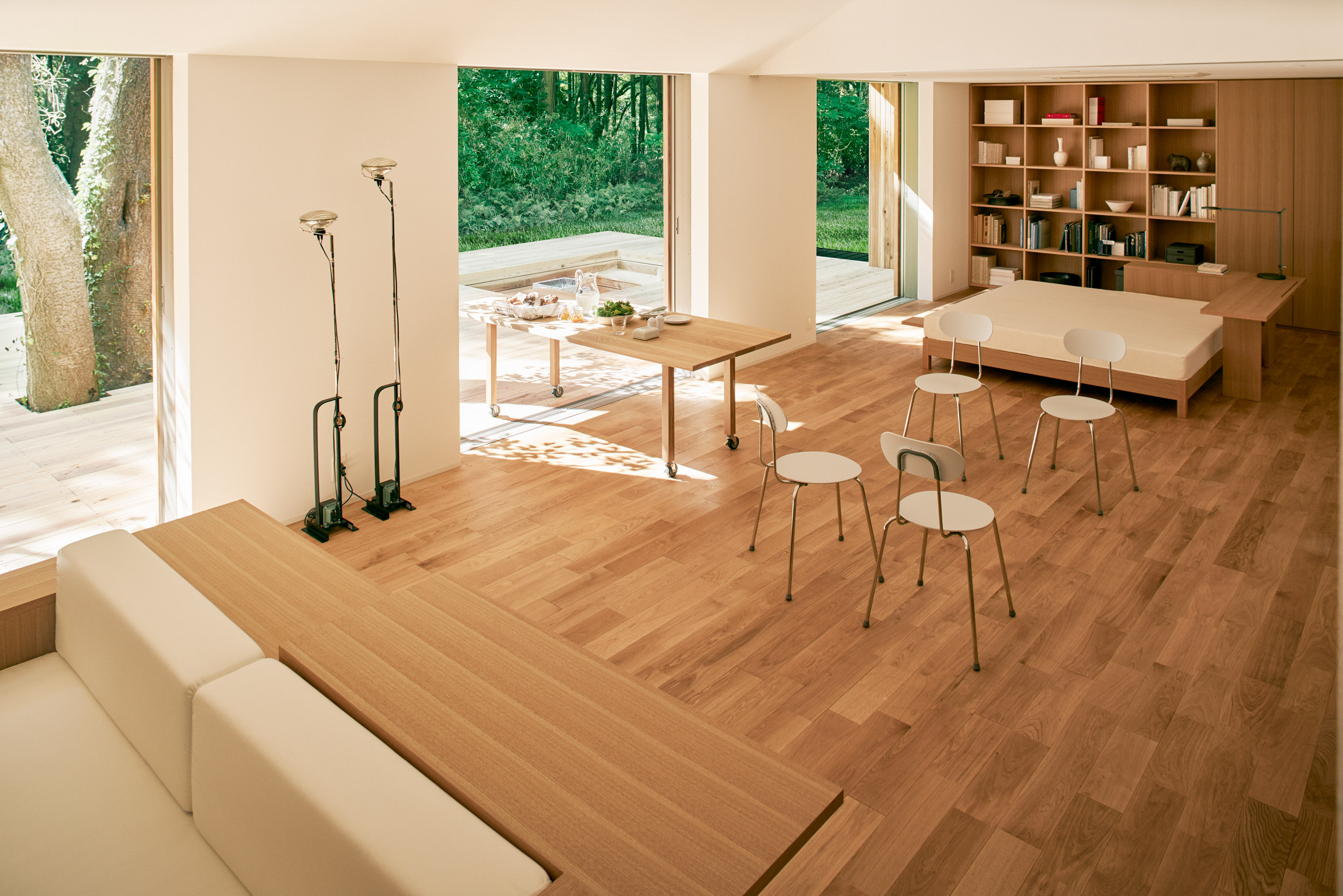 Muji is a Japanese retail company known for its minimalist aesthetic and simple branding across homeware, furniture, fashion, office supplies and more. In 2017, Muji’s art director Kenya Hara told Dezeen that balancing such a broad product line is what makes the company so successful and unique.

The company’s previous prefabricated houses include Ki no Ie, Mado no Ie, or the Window House, and Tate no Ie. The retailer has also developed a compact nine-square-metre prefabricated hut, and worked with Konstantin Grcic, Jasper Morrison and Naoto Fukasawa to design three holiday cabins.