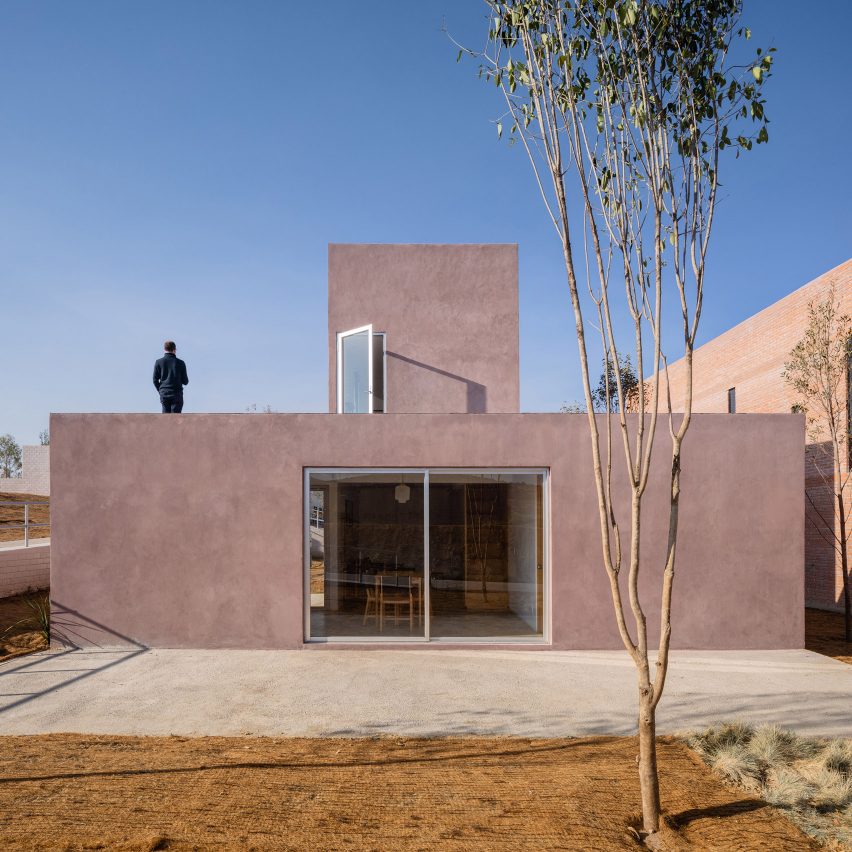 Pinkish cement covers the exterior of this dwelling in Mexico, which architecture firm PPAA designed for an experimental housing initiative referred to as Infonavit.

Called Apán, the prototype forms part of a research site in the Mexican state of Hidalgo north of Mexico City. 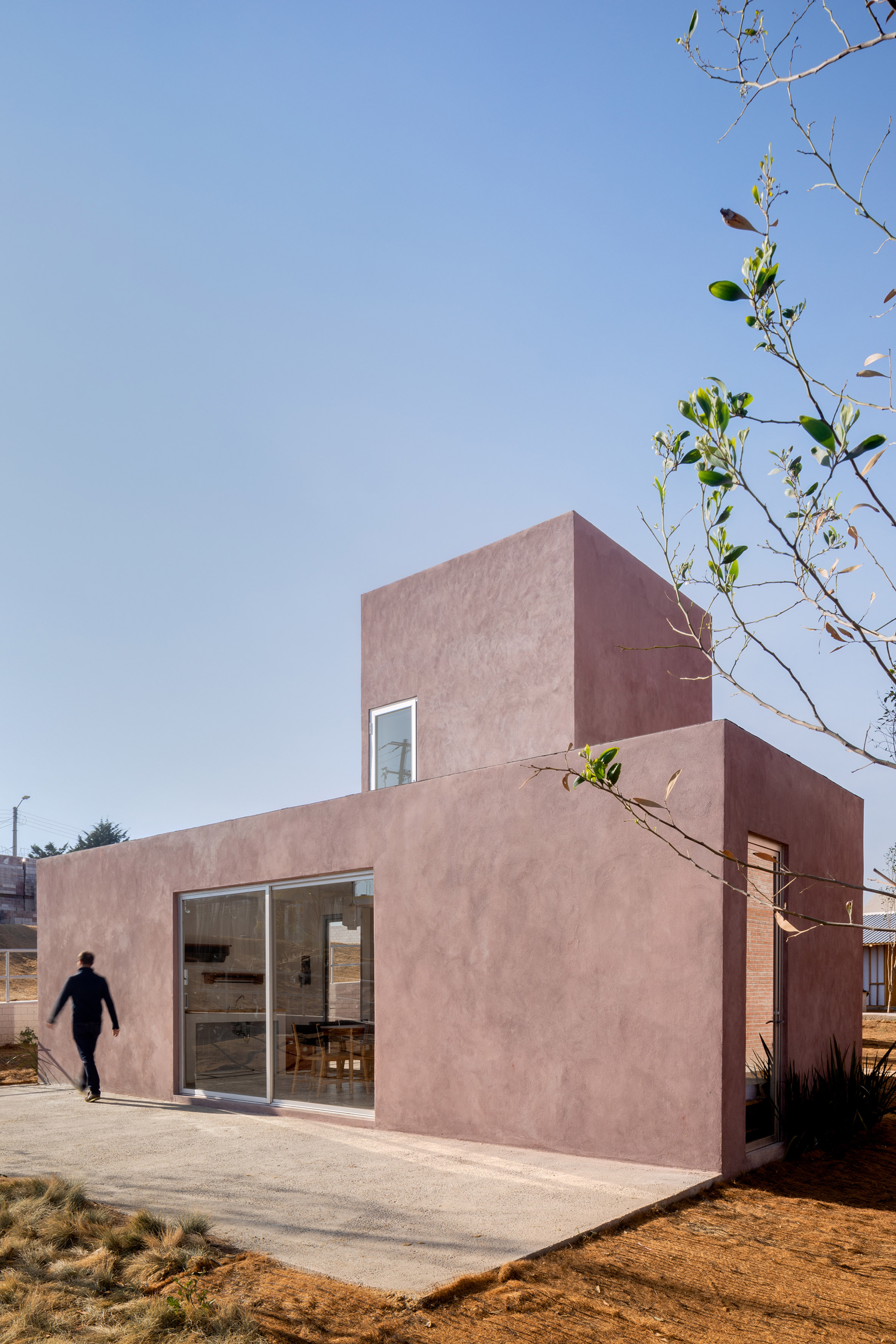 The site is run by the nonprofit organisation Research Center for Sustainable Development, which is part of the Institute of the National Housing Fund for Workers. It is commonly referred to as Infonavit.

The Hidalgo site includes 32 experimental prototypes designed by leading architects and studios including Tatiana Bilbao and Frida Escobedo. The goal is that the concepts will be used to develop low-cost workers’ housing that can be rolled out nationwide. 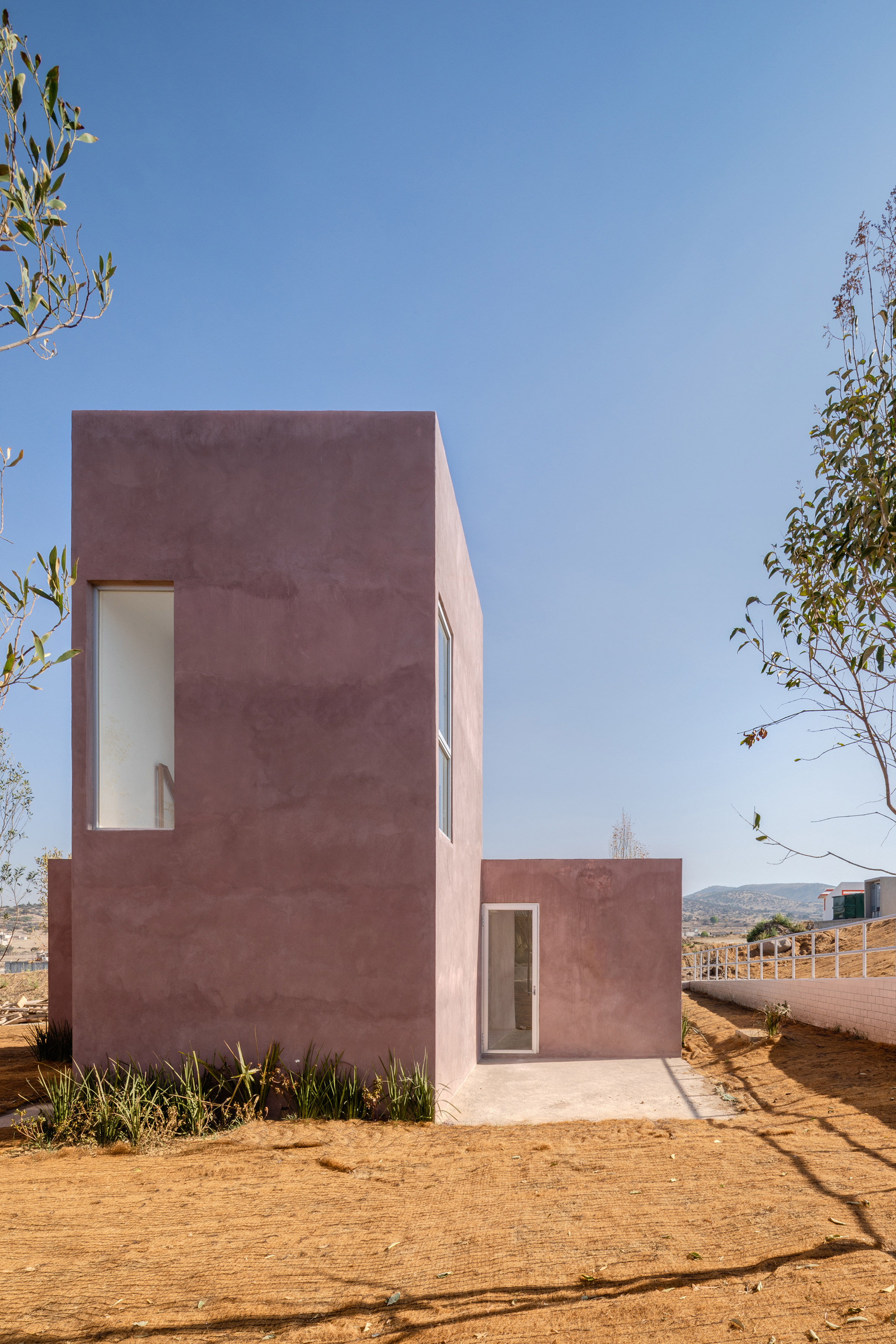 PPAA, which is based in Mexico City, was tasked with designing a house for a rural setting.

The team decided to conceive a home for Zaragoza, a city that lies about 60 kilometres (37 miles) from the border of Mexico and the US.

Rather than devise a generic dwelling that could be built anywhere, it wanted to tailor its design to the local milieu, which is influenced by US culture. 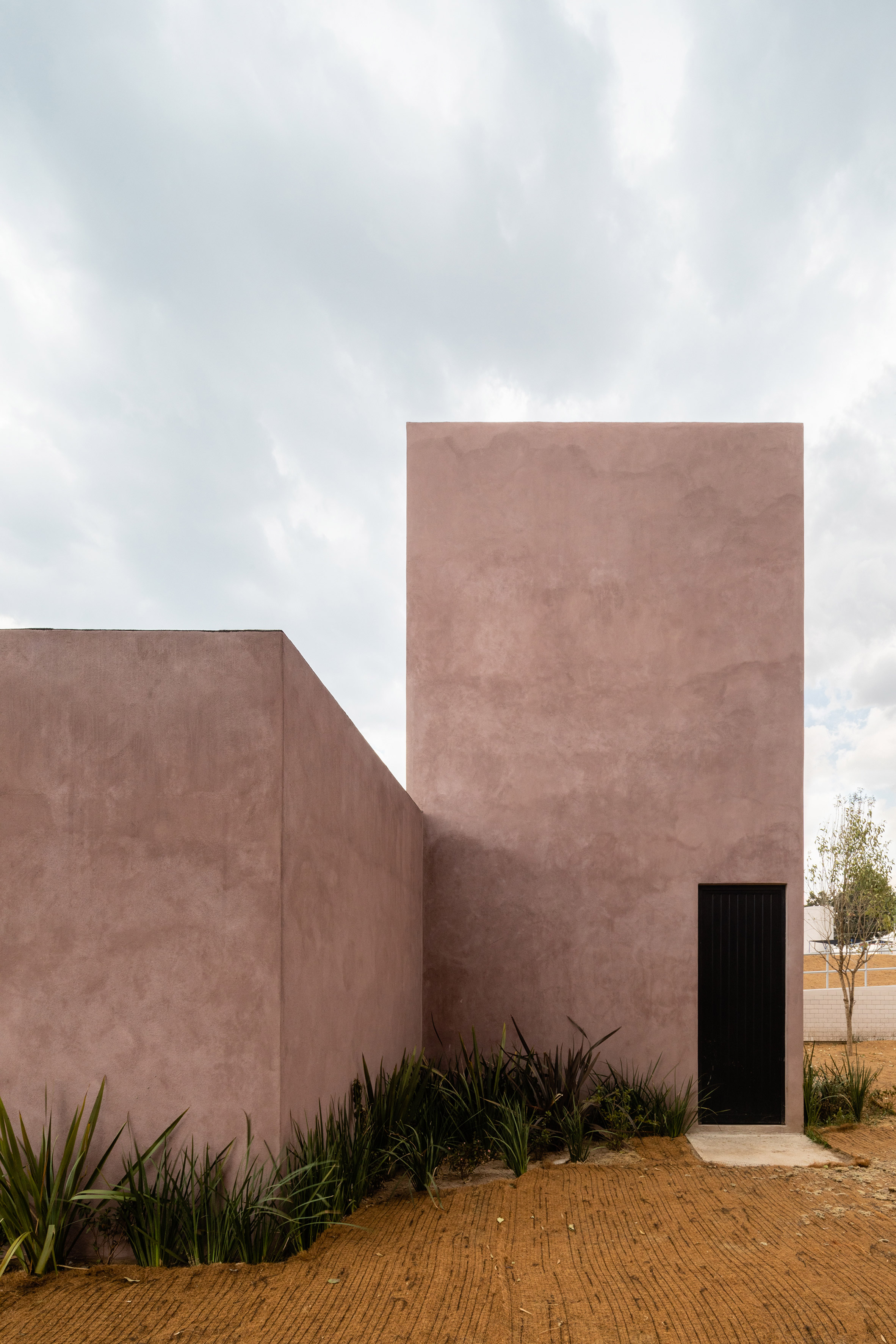 “The inhabitants of this locality present a strong aspiration to the American way of life that is reflected in the buildings of the localities,” said the studio.

Encompassing 58 square metres, the dwelling consists of two intersecting volumes that form a T-shaped plan. The floor plan is divided into square modules that can be reduced or added as needed. 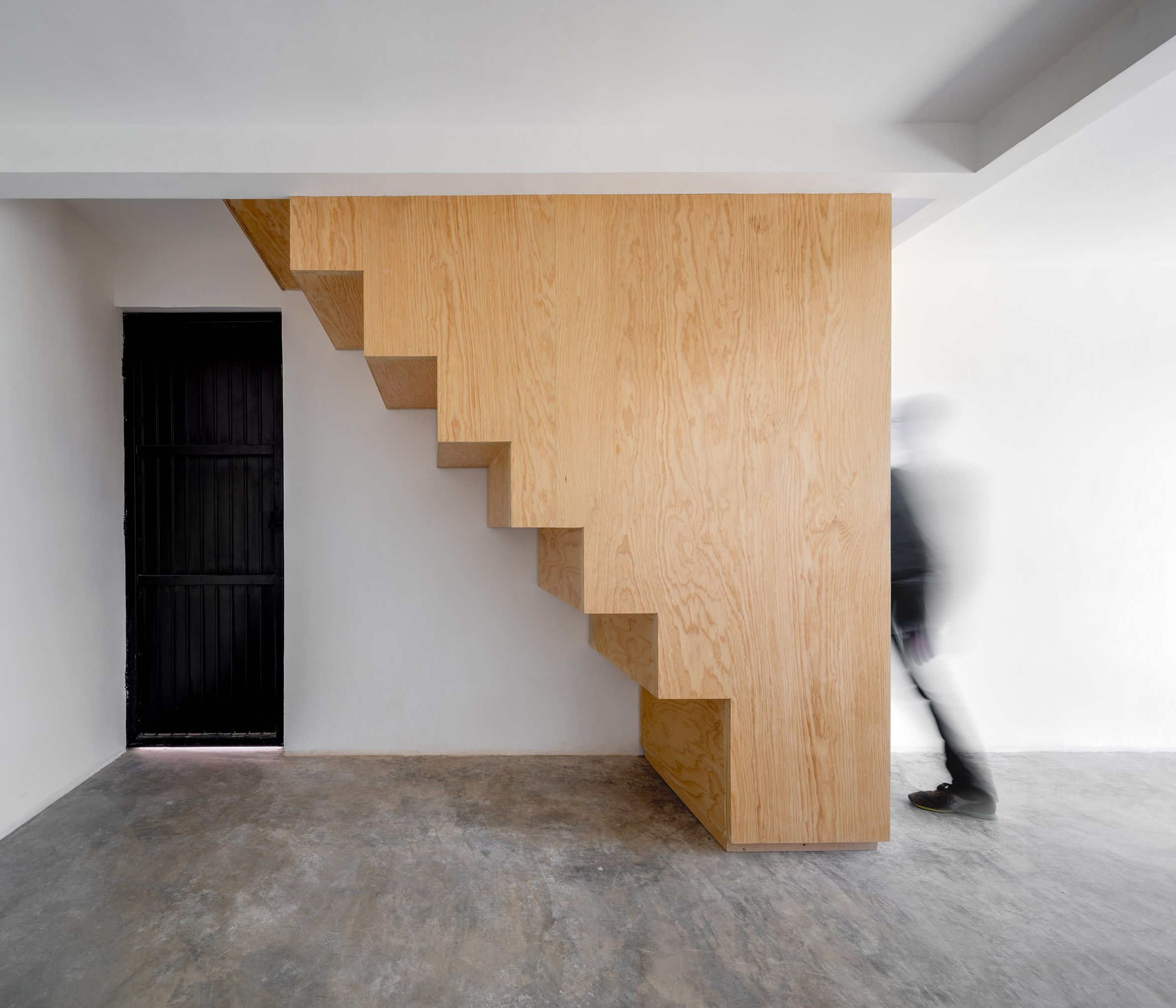 “A progression scheme is proposed, according to the growth of the number of members,” the team added. “The system works by repeating the same chamber module laterally.”

Drawing upon local building systems, the house has masonry walls that are covered with a cement-sand mixture. Dye was added to the mixture to create a pinkish hue.

A limited number of windows are included to respond to the city’s hot and humid climate. The largest amount of glazing is on the backside of the home, which is meant to be more open to the landscape. 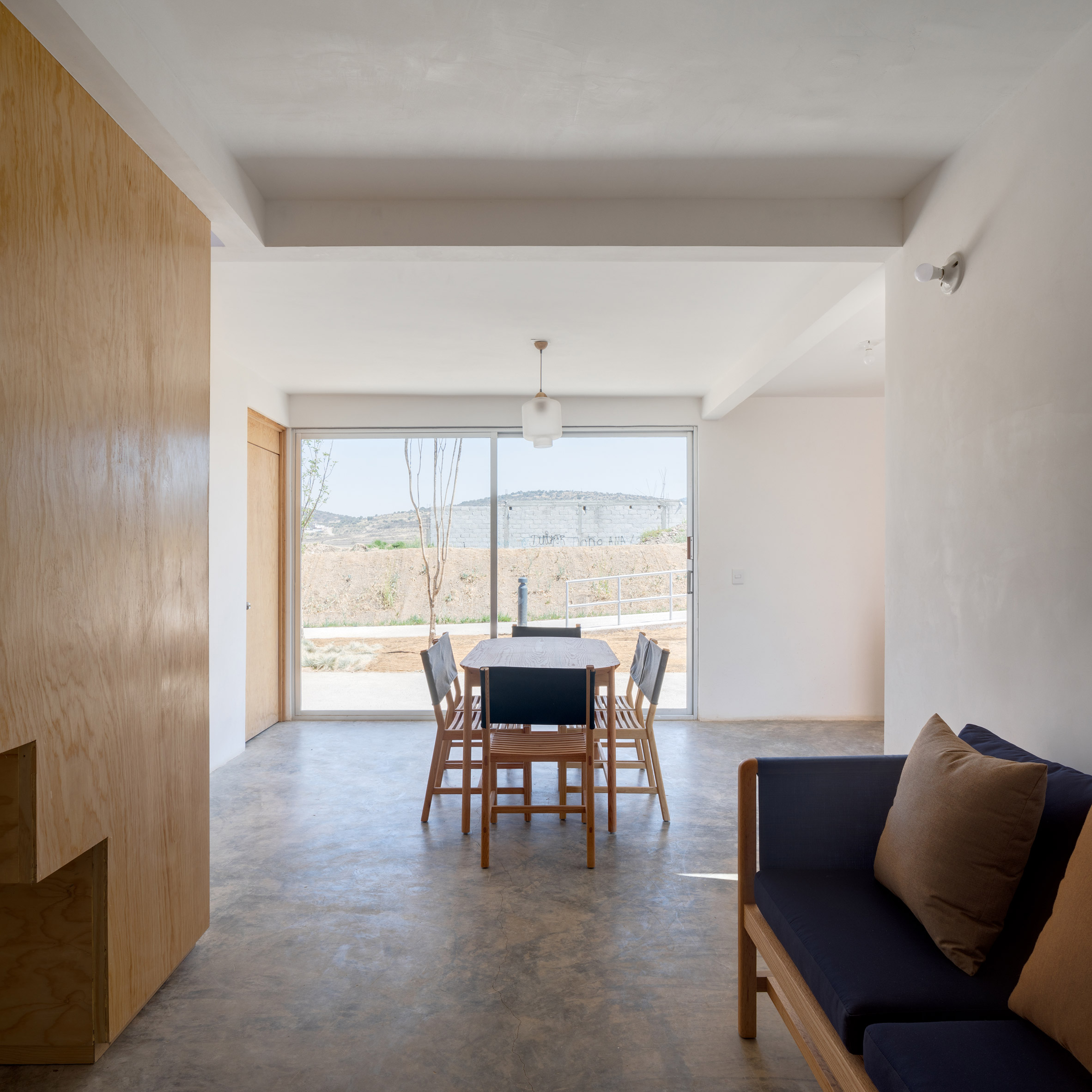 Living areas and a bedroom are on the ground floor. In one portion, the ceiling is over three metres high and helps in “dignifying rural housing through the creation of larger spaces,” according to PPAA.

A plywood staircase leads to the second level, which has additional bedrooms and a rooftop terrace.

Simple finishes were incorporated throughout the home, including concrete flooring and white-painted masonry walls. 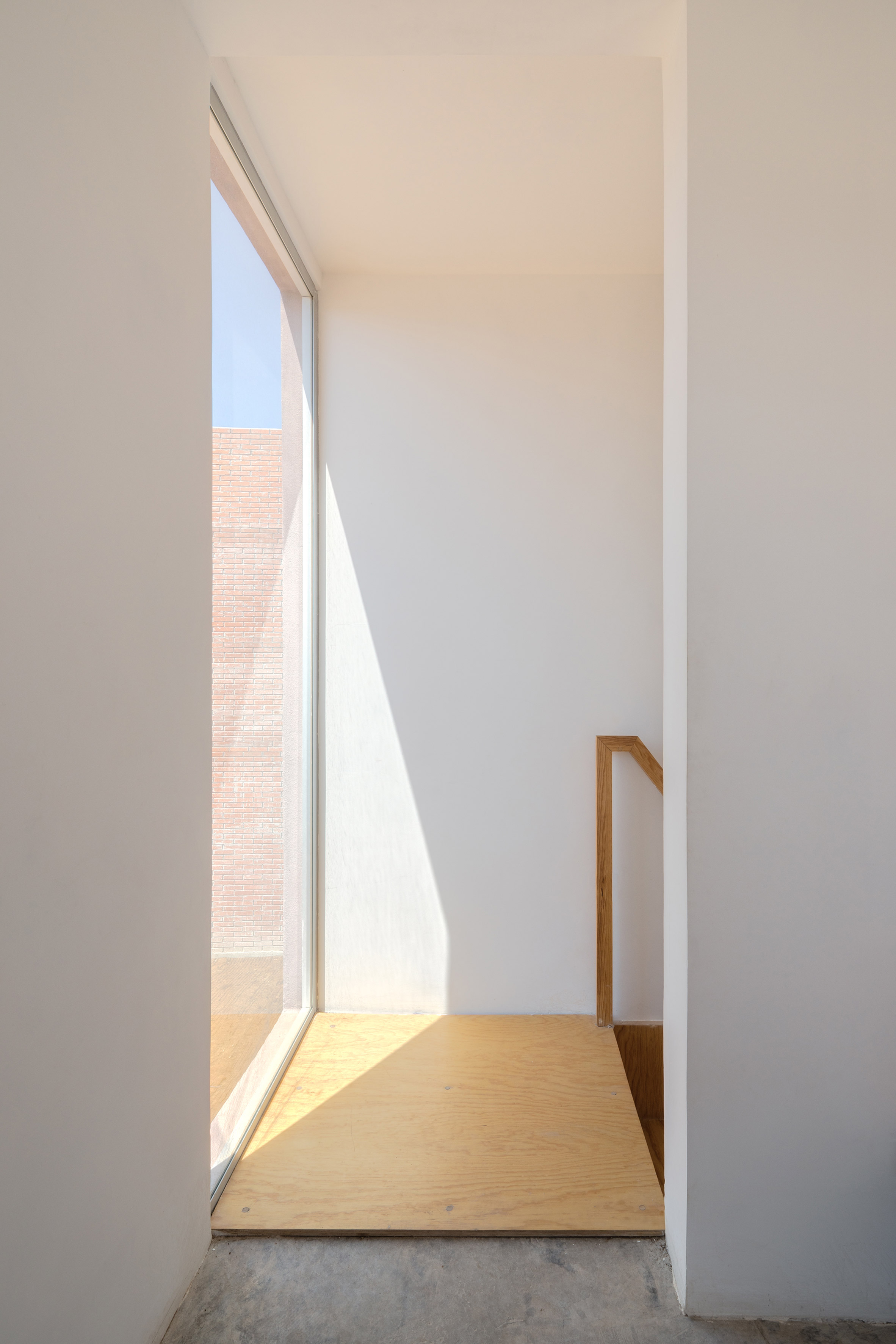 Mexican studio Zeller & Moye also designed a prototype for the development. Called Casa Hilo, it features a simple concrete and adobe brick module that can be easily expanded according to residents’ needs.

PPAA has completed a number of residential projects in its home country, such as a black Mexico City residence and a stone-clad retreat for two brothers who love rock climbing.

Photography is by Rafael Gamo.