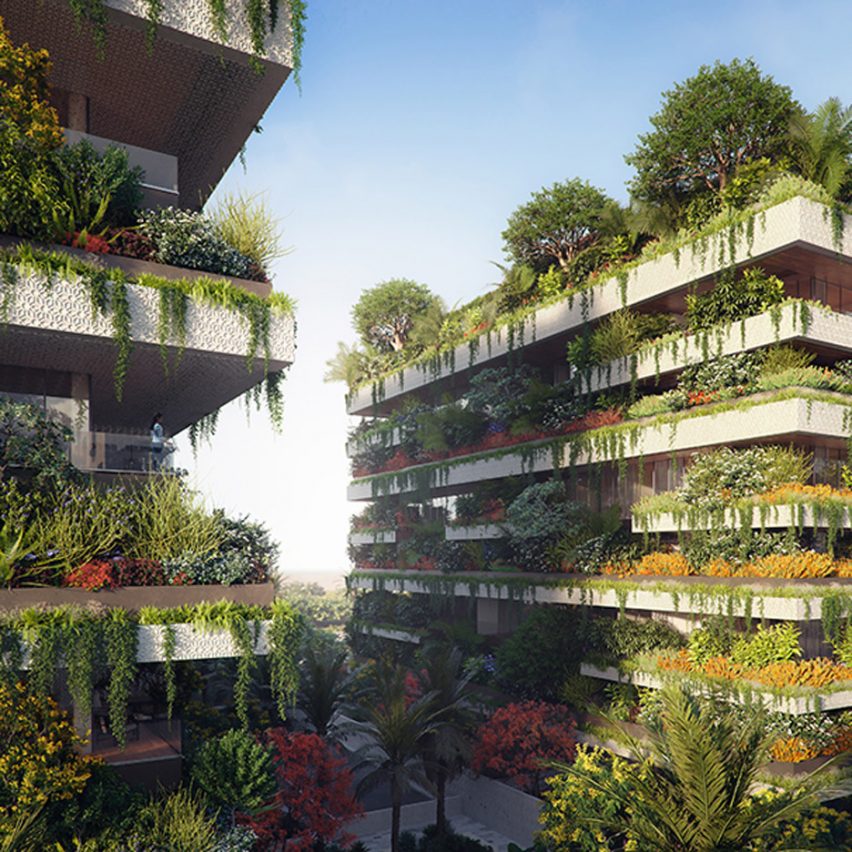 Italian architect Stefano Boeri has designed three cube-shaped vertical forest apartments blocks for Egypt‘s New Administrative Capital, which is being built to the east of Cairo.

The New Administrative Capital is being built in the desert 30 miles from Cairo at the request of Egypt’s president Abdel Fattah El Sisi, who took power in 2013. It is planned to be the administrative capital of the country and will contain the main government departments and foreign embassies. 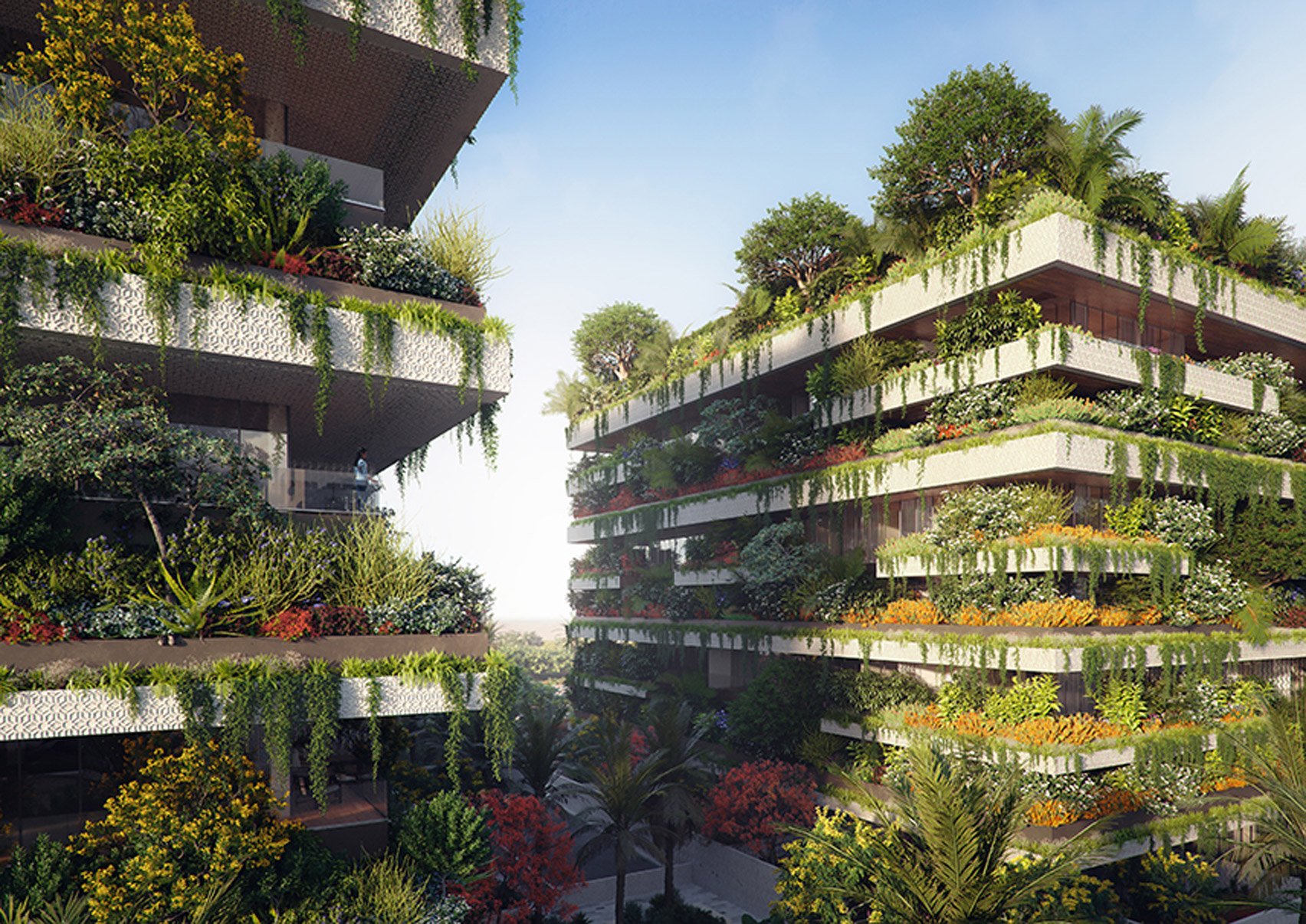 Boeri has unveiled designs for three buildings covered in planted terraces, which will be the first time his practice – Stefano Boeri Architetti – has bought its vertical forest concept to the African continent. 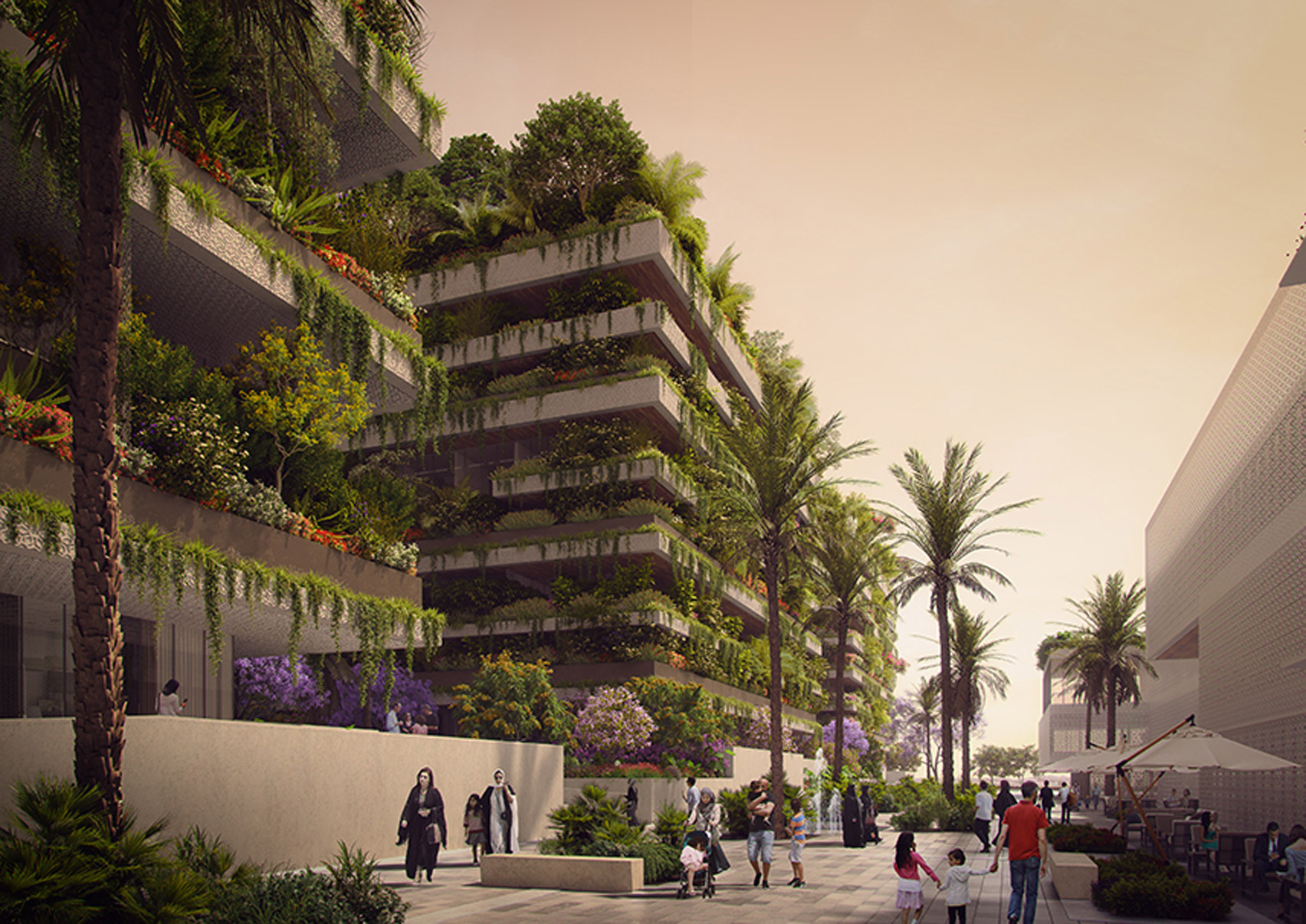 Each cube-shaped building will be 30 metres tall and 30 metres wide. Stefano Boeri Architetti estimates that between them the three buildings will hold 350 trees and 14,000 shrubs of over 100 species.

Every apartment will have its own balcony planted with species appropriate to the local climate, planted to ensure a variety of heights and blooming seasons so they are interesting to look at all year round.

Plants at every level will provide natural shading and improve the surrounding air quality. The studio estimates that the plants will absorb seven tons of carbon dioxide and produce eight tons of oxygen per year.

Construction on the Egyptian vertical forests is due to begin in 2020 and complete by 2022. The New Administrative Capital is a joint venture between Egypt’s military and its housing department that seeks to boost the country’s economy and alleviate Cairo’s housing crisis, where 70 per cent of the population live in informal dwellings.

Stefano Boeri Architetti has designed vertical forest buildings in Albania, the Netherlands, and even conceptual vertical forests for the planet Mars.