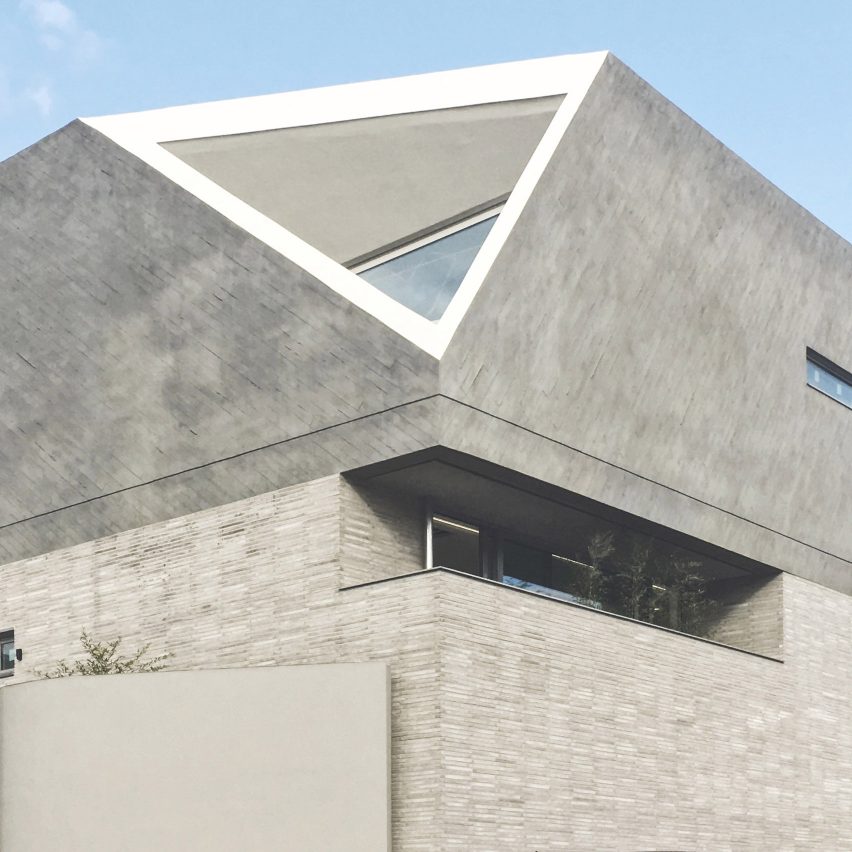 Seoul-based practice Augmented Reality Architects has surrounded W House with a a slim border of courtyard spaces that create a green buffer between the home and the city.

Augmented Reality Architects designed the house in Seoul, South Korea, so that it gives the owners an extremely high level of privacy.

“The family’s request was very specific: privacy,” explained the architecture studio. “The request went as far as to sacrifice basic requirements for a house, such as ventilation and ample sunlight.” 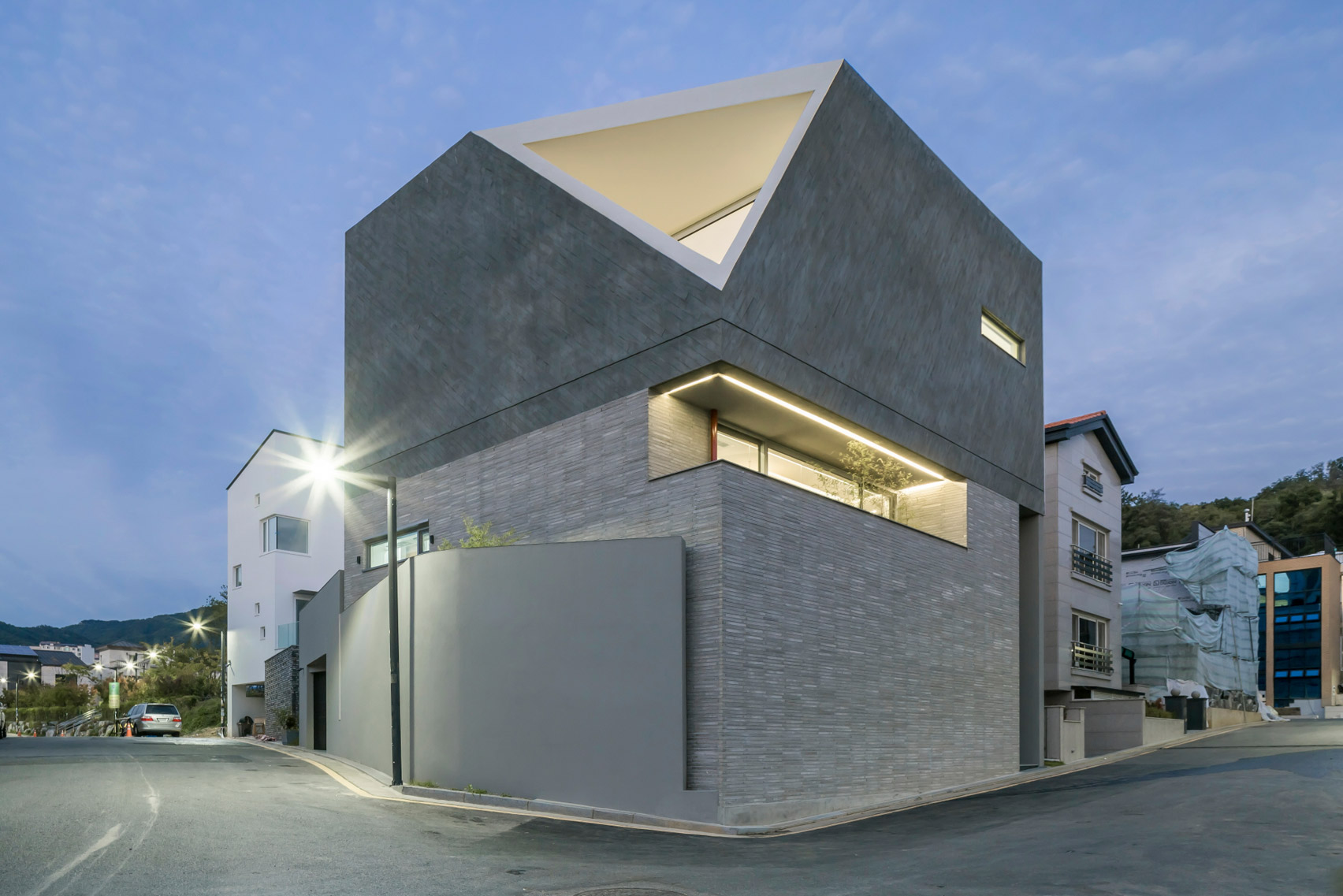 The house has a plain, concrete exterior with few windows. The outer courtyards, as well as one at the home’s centre, create pockets of space that allow light and air into the house, while keeping the interior shielded from views in.

“As the architect, we had to come up with an idea to give enough privacy, yet still provide the basics,” added the studio. 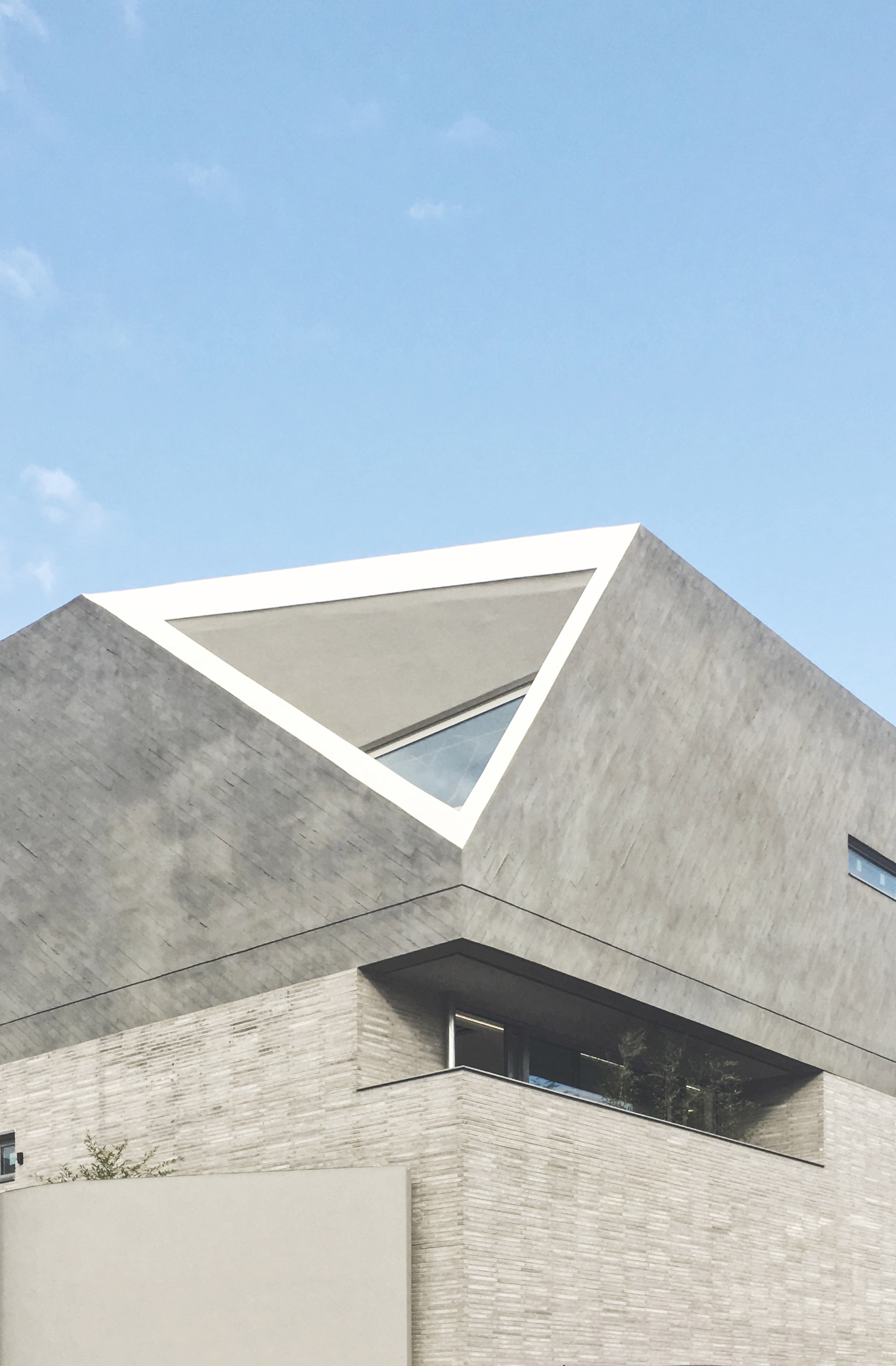 Access is via a deep, thin cut in the facade, with a staircase leading up to the living space creating a further level of separation from the outside. 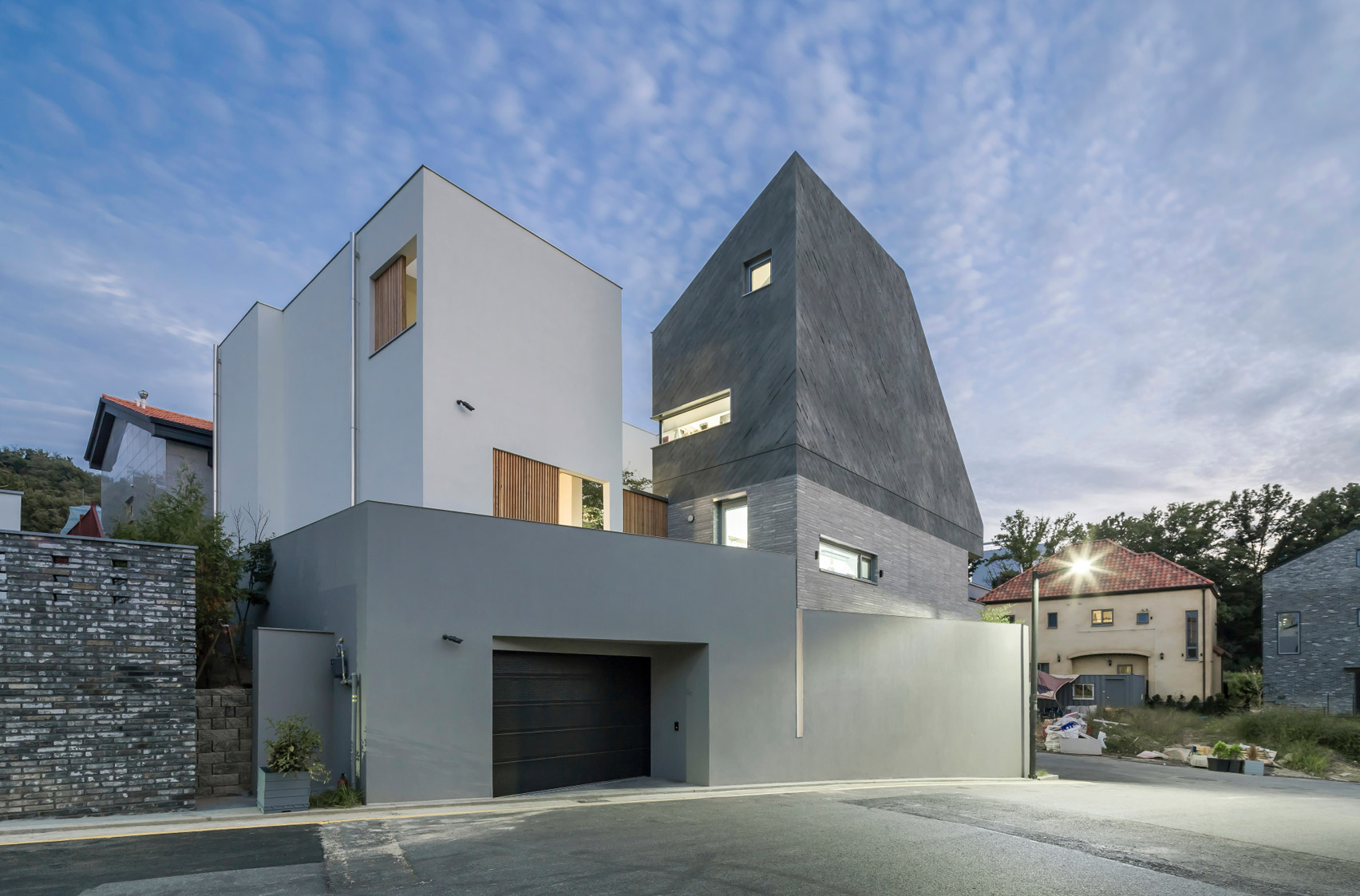 The two wings meet around the central courtyard space, connected both by an internal and external path, and the home’s perimeter shrinks away from the site boundary to create room for strips of green space.

“While the house may seem monotonous and silent on the outside, bright sunlight and fresh air fills the inside through these courtyards,” said the studio.

“The courtyards act as intermediary spaces between inside and outside, creating a boundary that softens the barrier”, said the practice. 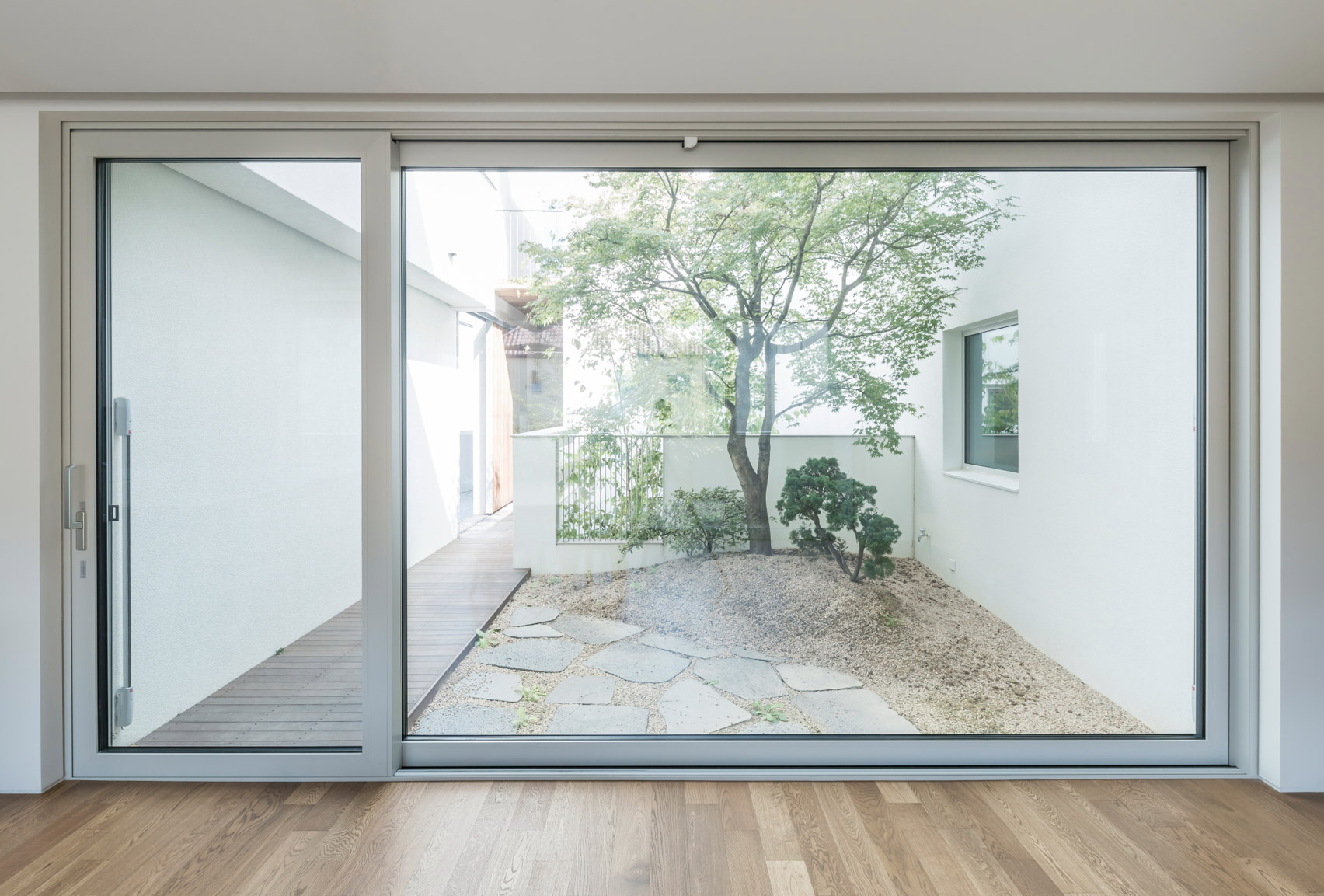 Letterbox-like openings have been placed to bring in light while preventing overlooking, and a large, angled cut-out at second floor level forms a triangular opening for a terrace oriented to overlook a nearby forest.

A large living, dining and kitchen space wraps around the southern side of the central courtyard at ground floor level, with a family room above. 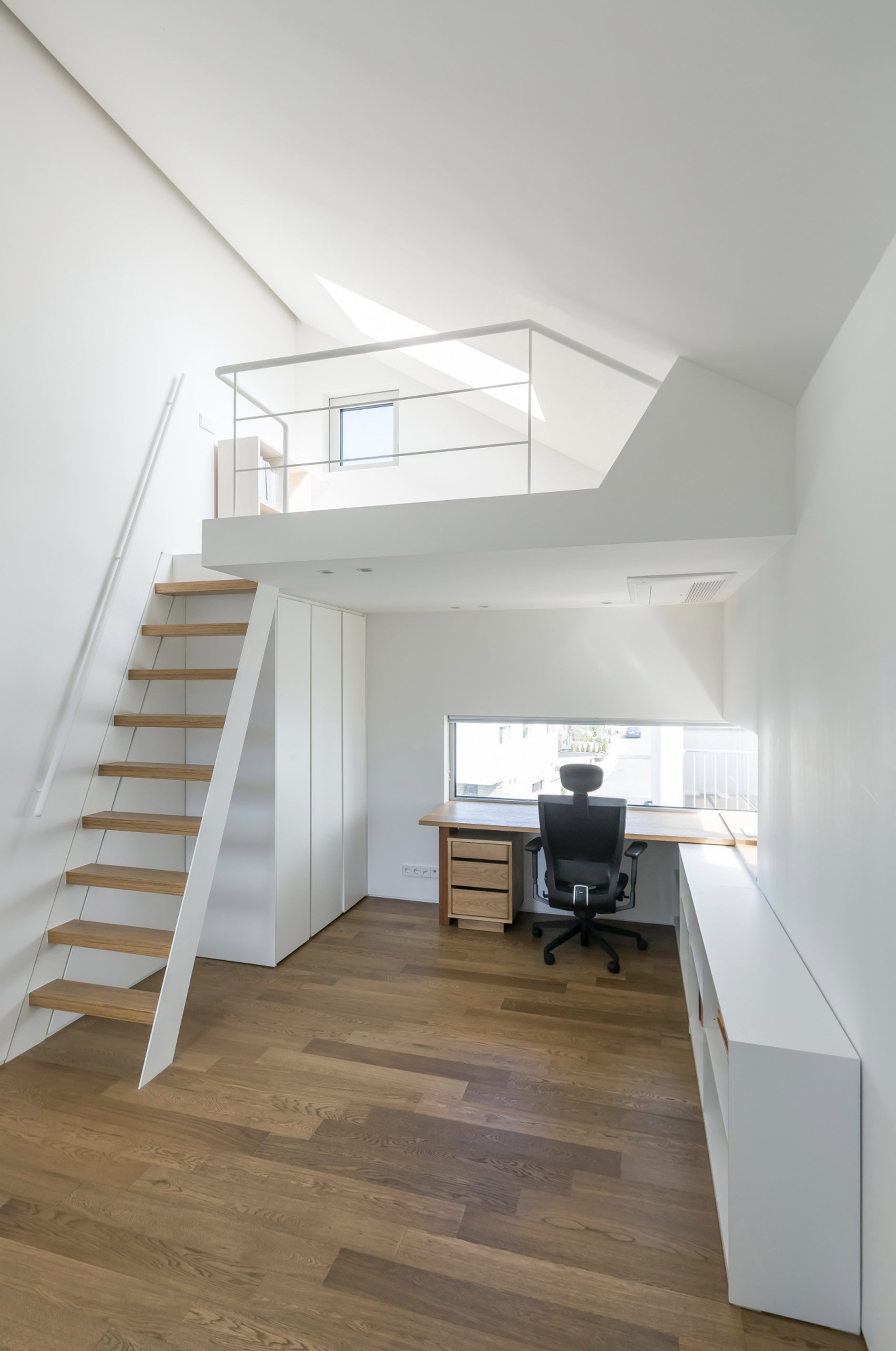 Bedrooms and bathrooms sit at the opposite end of the house across the courtyard, and at both the ground and upper level open onto terrace spaces via sliding doors.

The interiors, designed by Augmented Reality Architects’ partner firm Mies & Louis, are a smooth, bright contrast to the rough concrete of the exterior. 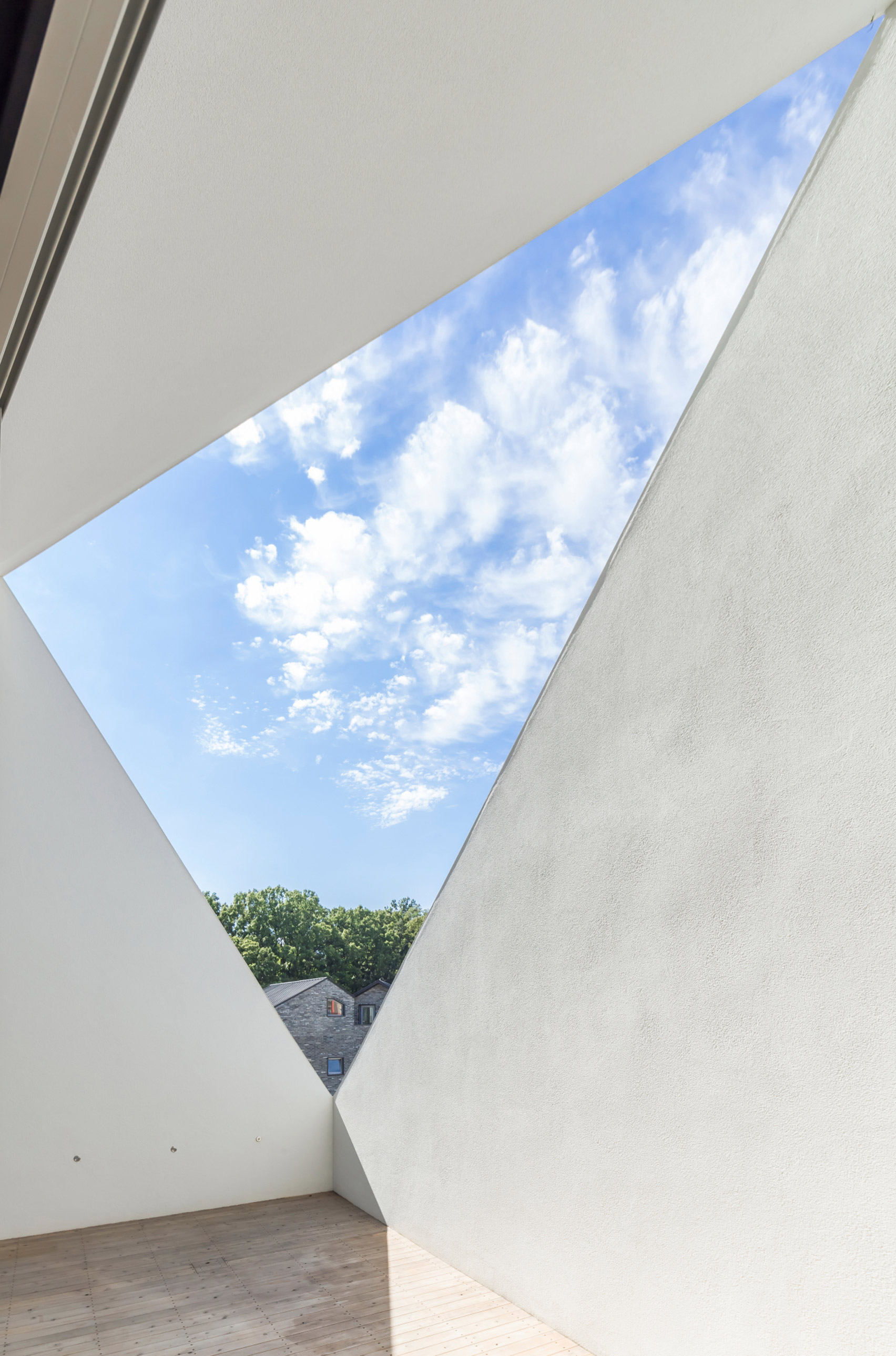 Previously projects by the practice include a home in the South Korean city of Gimhae, with living spaces screened by a facade of vertical metal poles.

Photography is by Sergio Pirrone.