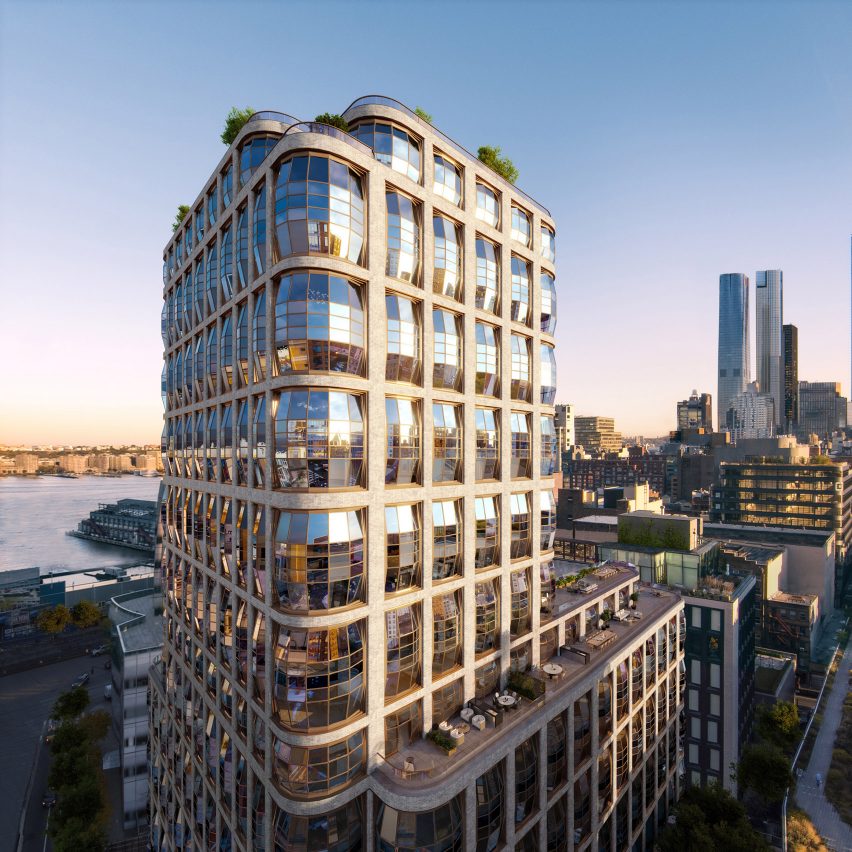 The residential towers are currently under construction on either side of the High Line, at 515 West 18th Street in Manhattan’s Chelsea neighbourhood.

Although the project was first unveiled last year little information had been provided up until yesterday, when developer Related Companies launched a website including extra design details and the project’s name, Lantern House.

The title is intended as a reference to the “lantern-shaped” bay windows that draw similarities to the faceted glazing Heatherwick Studio created for a luxury hotel inside a former grain silo in Cape Town. 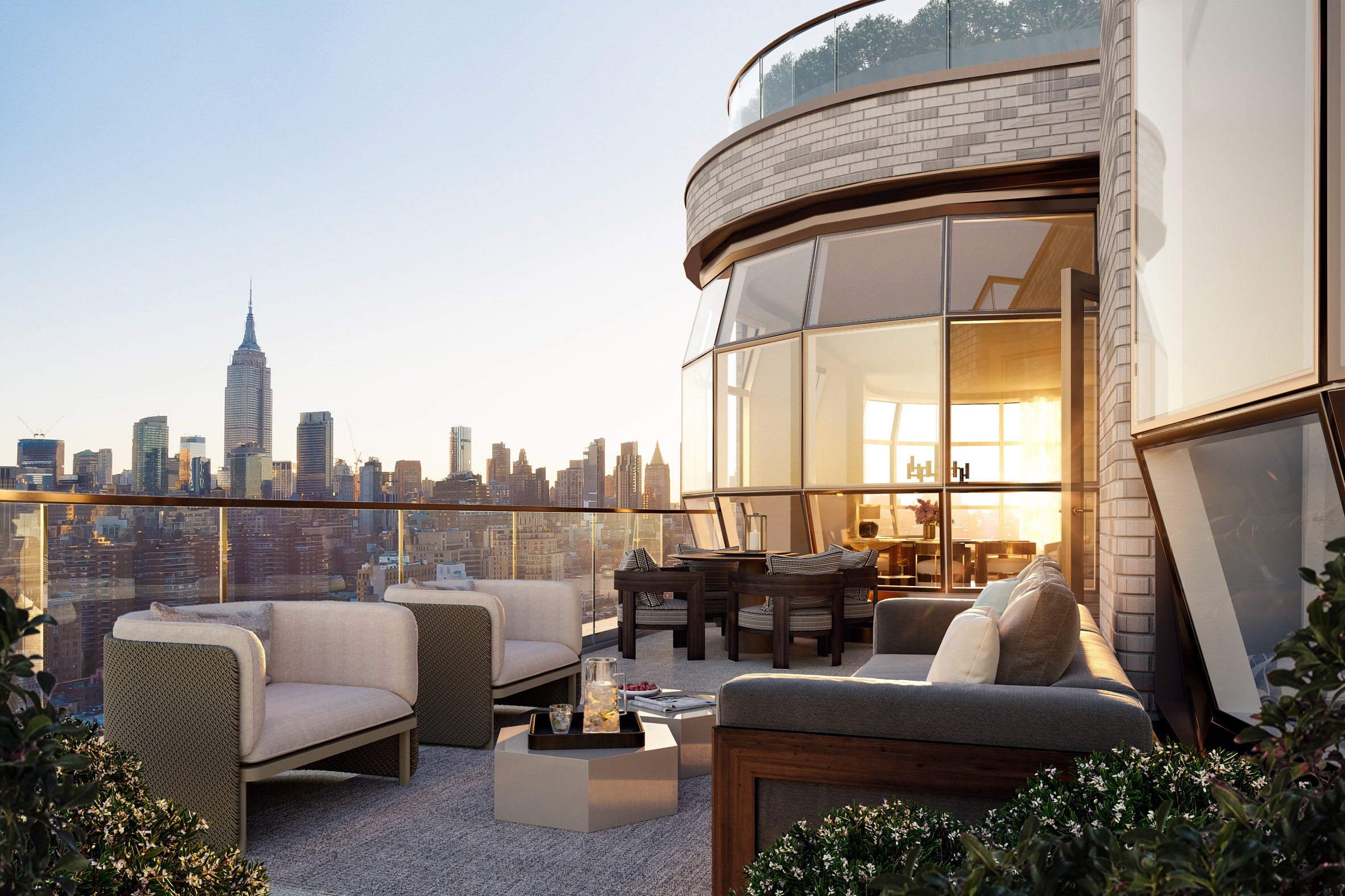 Heatherwick‘s High Line condos comprise two towers of different heights – one is 10 stories high and the other is 21 stories. The towers have a gridded exterior formed by hand-laid antiqued grey brickwork and metal that draw on the industrial aesthetic of warehouses in the surrounding Chelsea neighbourhood.

Related has also revealed additional details regarding the design of the residences inside Lantern House. The two towers will be connected by a glazed lobby that runs underneath the High Line and together will host a total of 181 condos – including from one to four bedroom suites, along with penthouses.

Each residence will have access to one of the bay windows, to provide plenty of natural light and views of the surroundings that include Hudson River and the High Line. Inside, the windows will be fronted by windows sills clad in Bianco Marfil marble to create a perch for enjoying the vistas.

The residences will feature 10-f00t-high (three-metre-high) ceilings to match the windows, and layouts designed to complement the rounded fronts. In renderings, the finishes are show as simple, including wooden flooring and white-painted walls. Some of the residences will also have access to private, plant-filled terraces.

Sales for residences in Lantern House will commence early next year, with prices for condominiums expected to start at $1.7 million (£1.39 million). 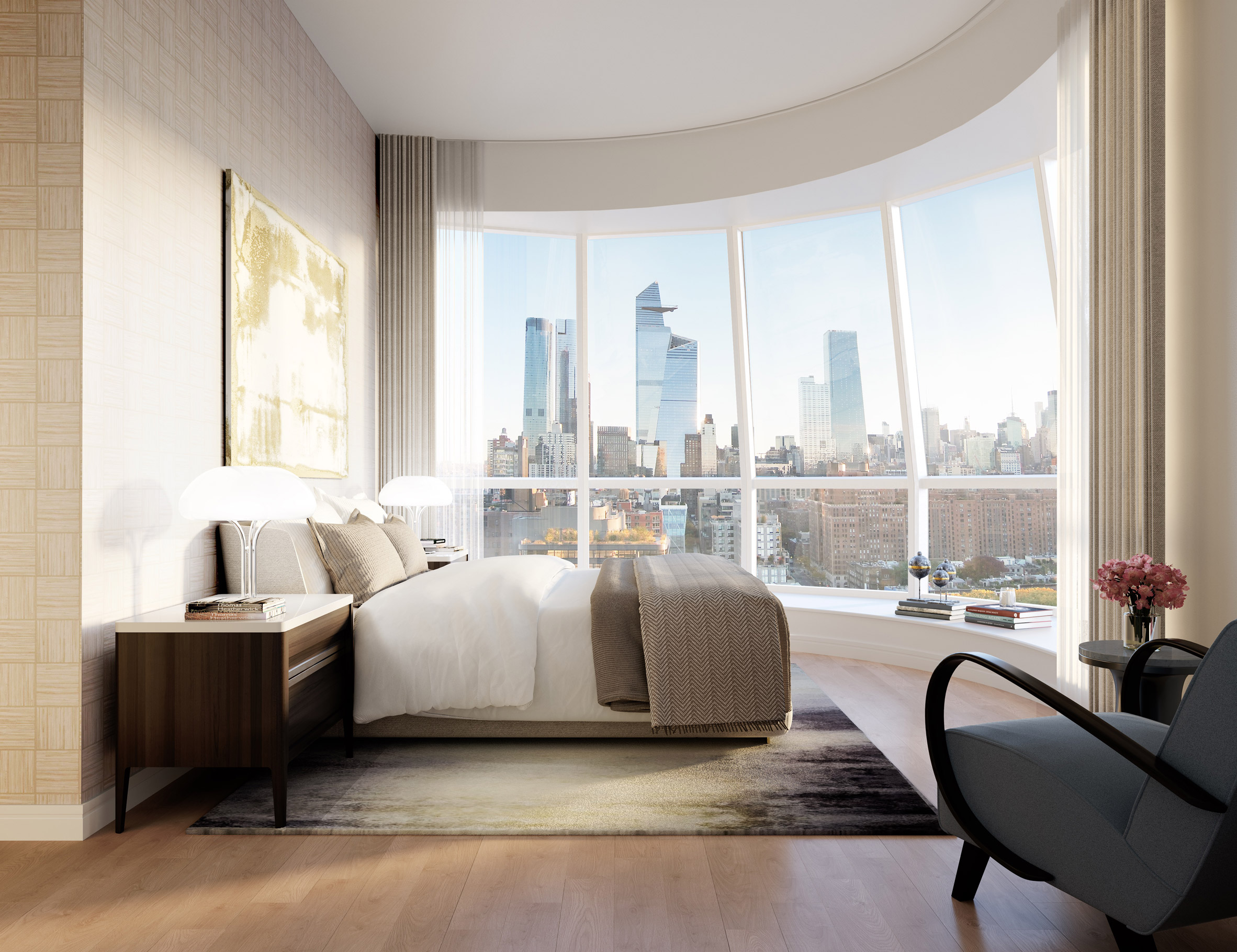 While the condo development is Heatherwick’s first residential project in the US, it forms part of a series projects the designer has created for New York’s West Side, including The Vessel at Hudson Yards, towards the northern end of the High Line, the and Pier 55 park on Hudson River.

Heatherwick also forms part of a swathe of architects that are working on or who have completed projects on the elevated High Line park, which was completed by architecture firm Diller Scofidio + Renfro and landscape firm James Corner Field Operations in 2009.

Others include Zaha Hadid Architects’ 520 West 28th building further up the High Line and Studio Gang’s chiselled Solar Carve tower that straddles the southern end of the path. Bjarke Ingels’ firm BIG has also designed a pair of dancing towers called The Eleventh, which will form a neighbour to Lantern House when complete.