the 2018 MPavilion, the fifth in an ongoing series of annual architect-designed temporary structures, has opened to the public in melbourne. designed by barcelona-based architect carme pinós, the pavilion will remain in the city’s queen victoria gardens until february 3, 2019. this year’s structure celebrates building communities and women in leadership, and heralds a free four-month program that will feature more than 500 australian and international guests and collaborators. 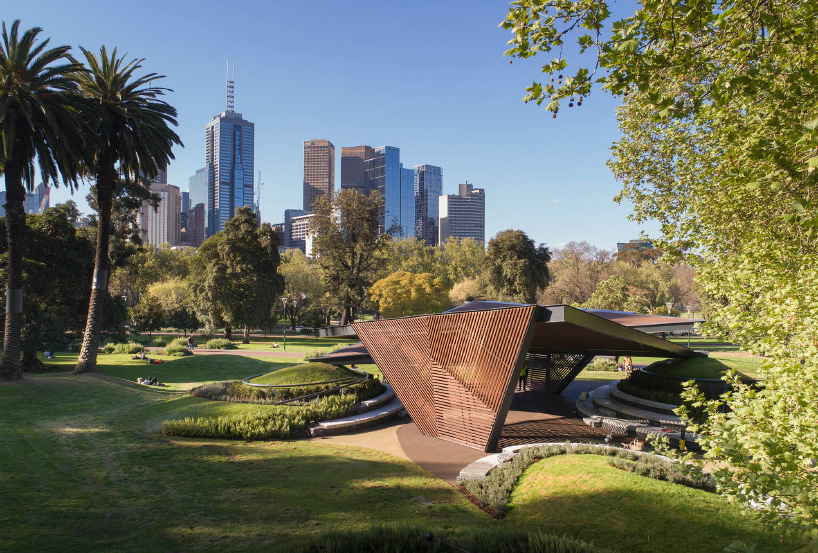 carme pinós’ sculptural structure incorporates origami-inspired ‘wings’ designed to open the MPavilion to the city, encouraging movement, meetings, and new experiences. the geometric composition intersects to form the pavilion’s roof, while an altered topography forms three mounds that incorporate a range of seating opportunities. pinós has also designed a birch plywood stool, which will populate the pavilion for the months to come. 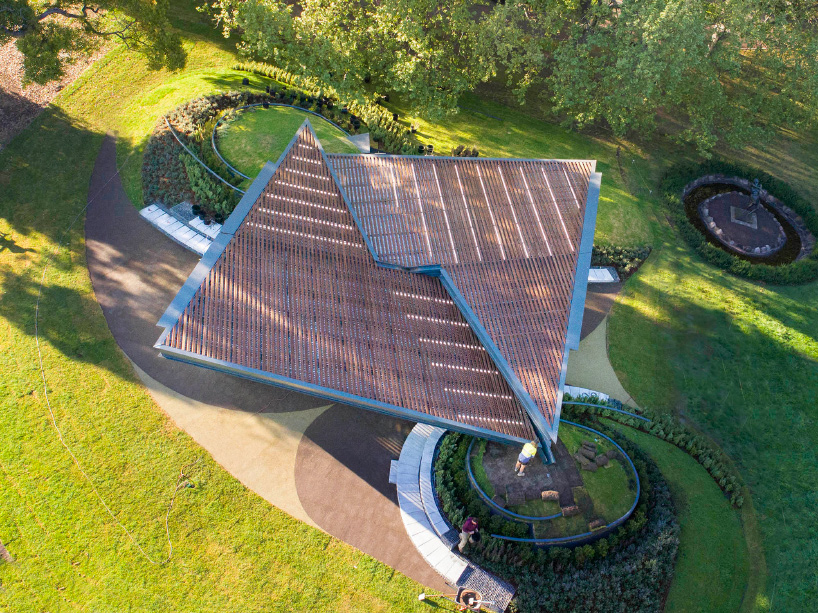 ‘in designing this year’s MPavilion, I wanted firstly to make a space for the people of melbourne to feel connected — to each other, to the city they live in, and to nature,’ explains carme pinós. ‘we are all part of the world, and architecture can tell that story and provide a place for us to experience life together. I hope the MPavilion becomes a flow of knowledge and creativity this summer.’ 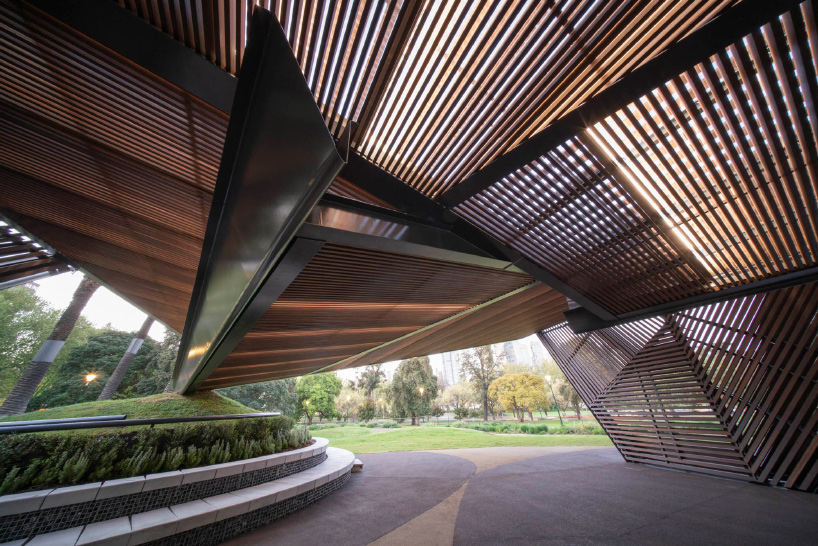 initiated and commissioned by the naomi milgrom foundation with support from the city of melbourne, MPavilion is designed as both a temporary summer pavilion and ‘an enduring architectural creation’. at the end of each season, the pavilion is gifted to the people of victoria and moved to a permanent new home to be engaged by the community in perpetuity, creating an ongoing legacy. 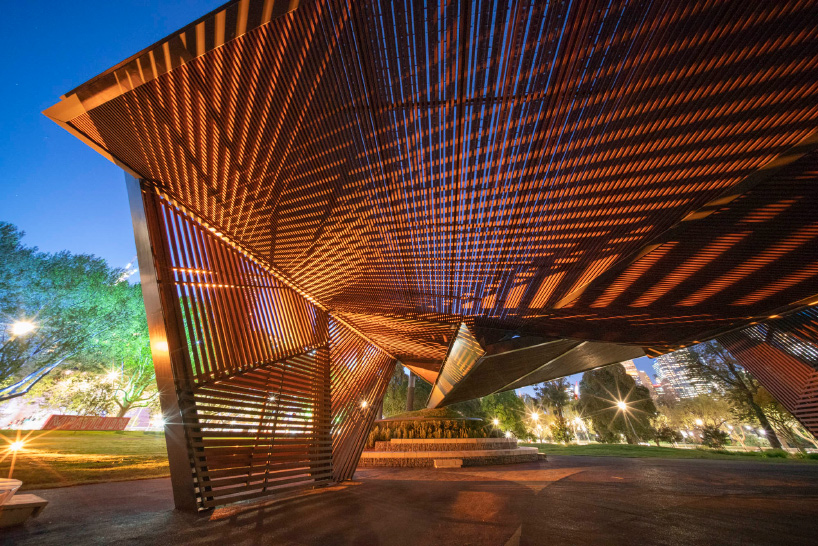 ‘working with carme to bring her inspiring MPavilion design to life has been an absolute pleasure,’ says naomi milgrom, chair of the naomi milgrom foundation, who commissioned the project. ‘carme’s vision opens australia to conversations about how to make our cities more inclusive through design. it’s a privilege to commission a work with such international and future-thinking insight.’ see designboom’s coverage of previous MPavilions here. 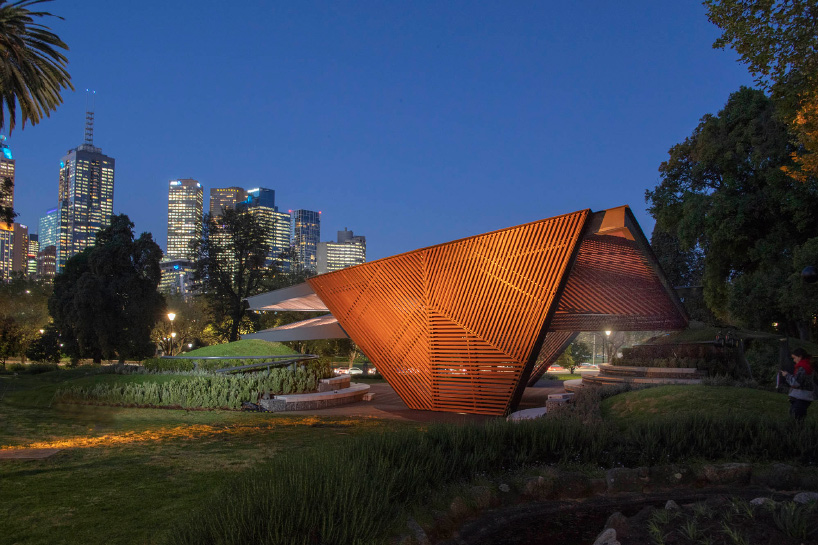 as part of the commission, pinós has also designed a birch plywood stool 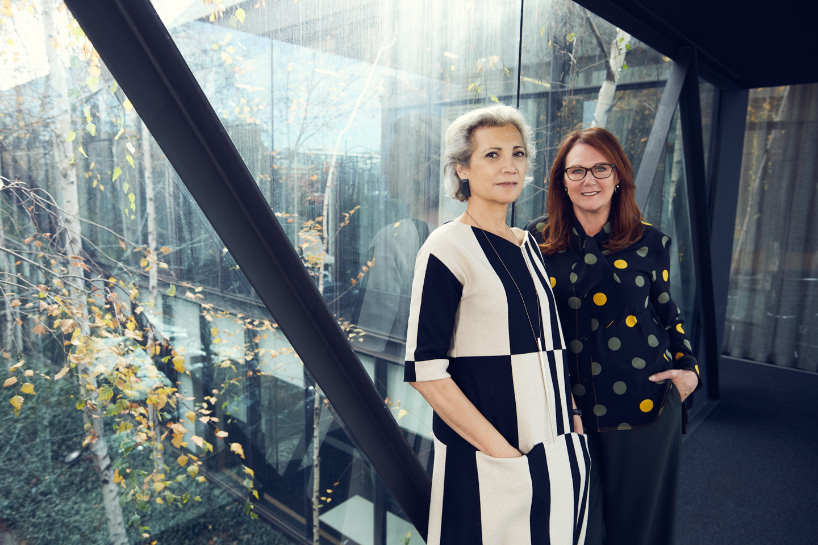