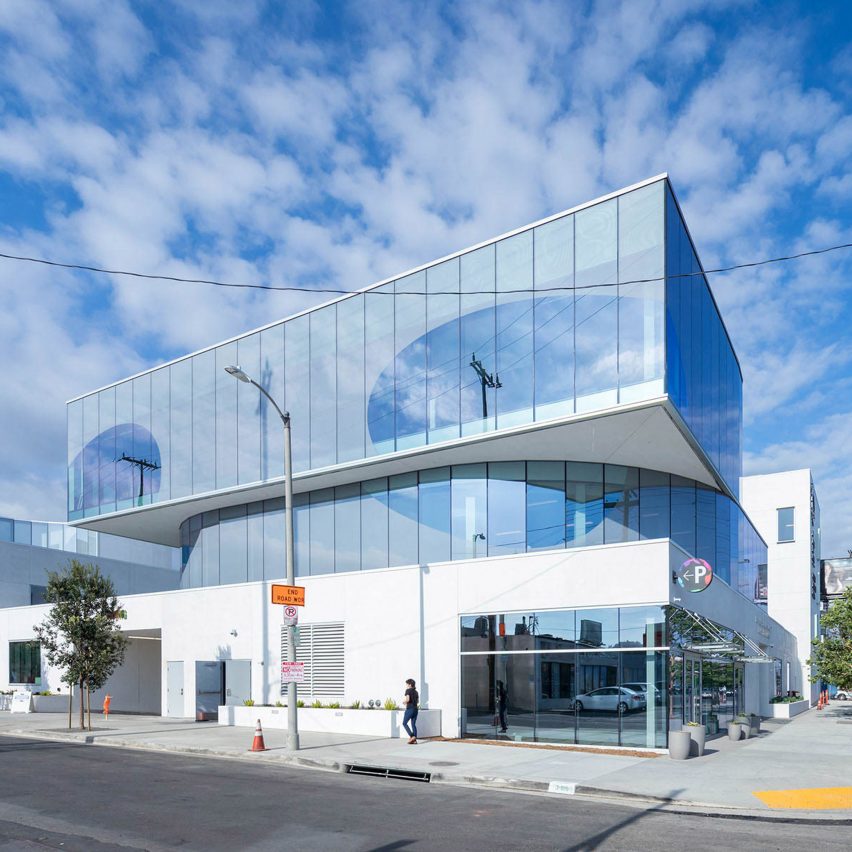 The Anita May Rosenstein Campus marks a major expansion for the centre, which offers programmes and services to 42,000 lesbian, gay, bisexual, transgender, and questioning (or queer) youth and seniors. 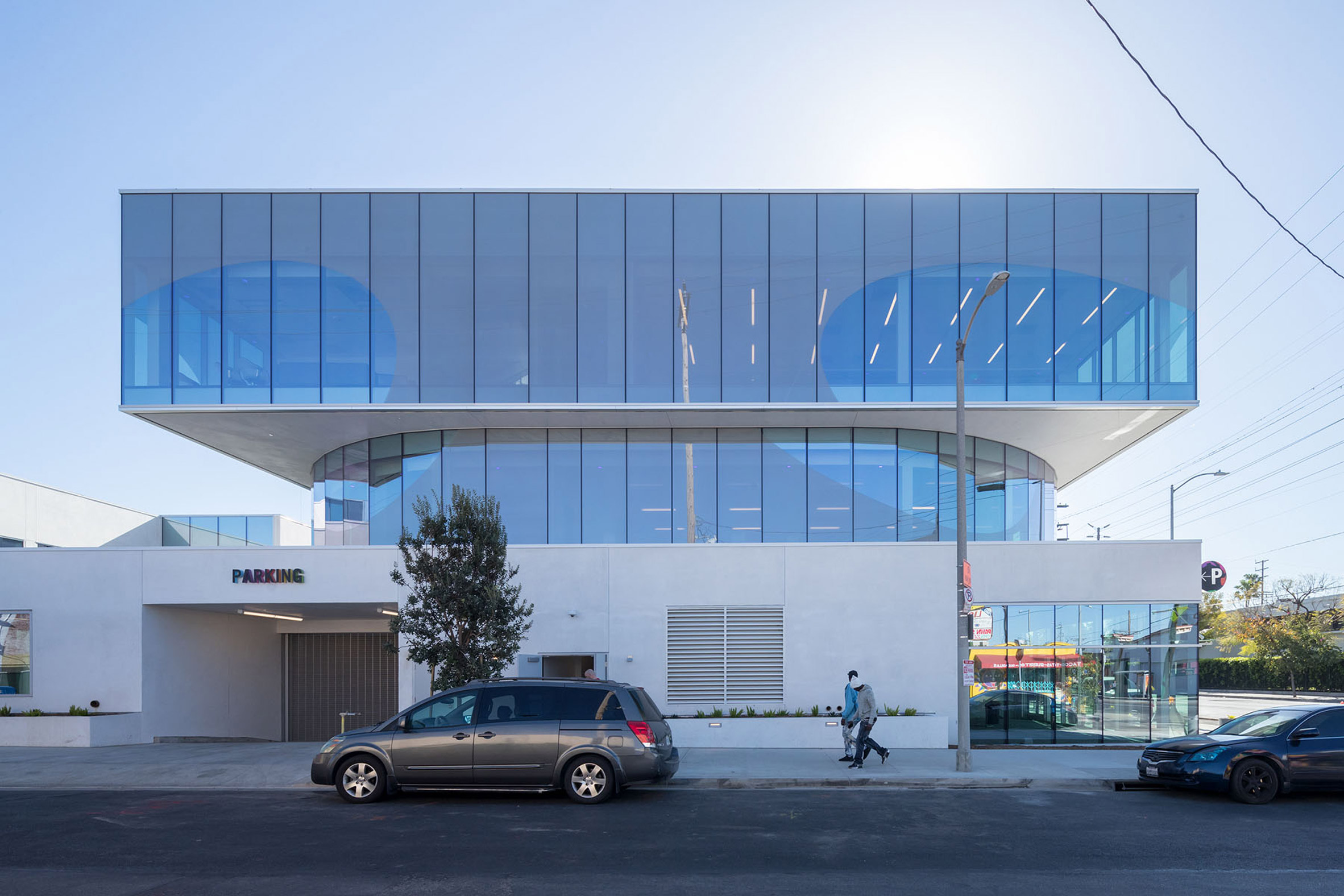 The New York- and LA-based studio, founded by brothers Dominic and Christopher Leong, and Killefer Flammang Architects won a competitions to design the 183,700-square-foot (17,066-square-metre) campus.

The new complex provides a youth centre, a drop-in centre, a youth academy, career services, a senior centre, and a dormitory to sleep up to 100 homeless people, all housed within a series of white stucco and glass volumes. 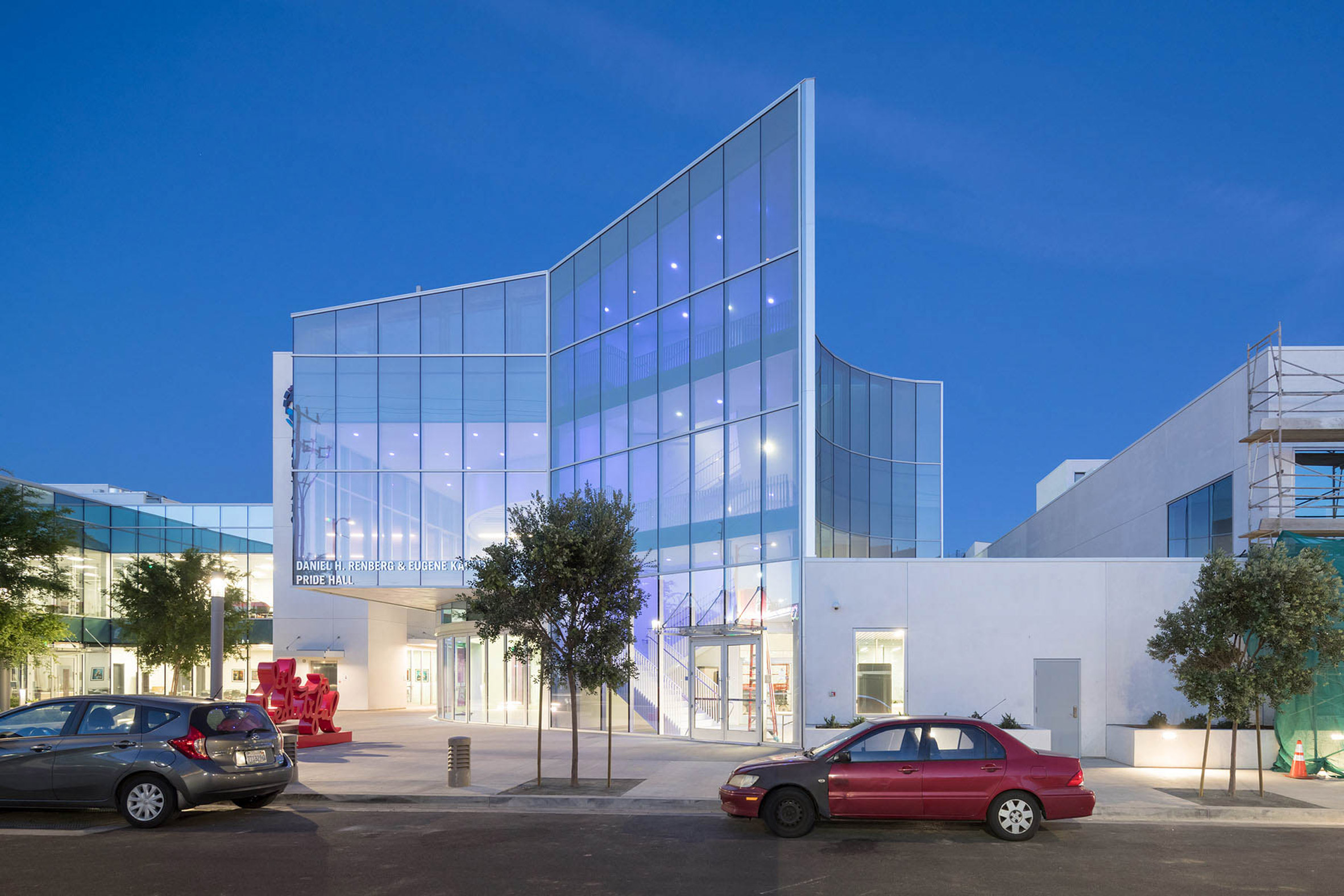 “It’s a sanctuary space but also an institutional interface to the city of Los Angeles,” Dominic Leong told Dezeen. “The design is really trying to negotiate those two types of presence within the city, and we really thought of the project as a kind of mosaic of a multiplicity of identities.”

“There’s this horizontal plinth that’s very porous and on top of that are these floating, more sculptural volumes that give a strong presence and an institutional scale,” Dominic added. 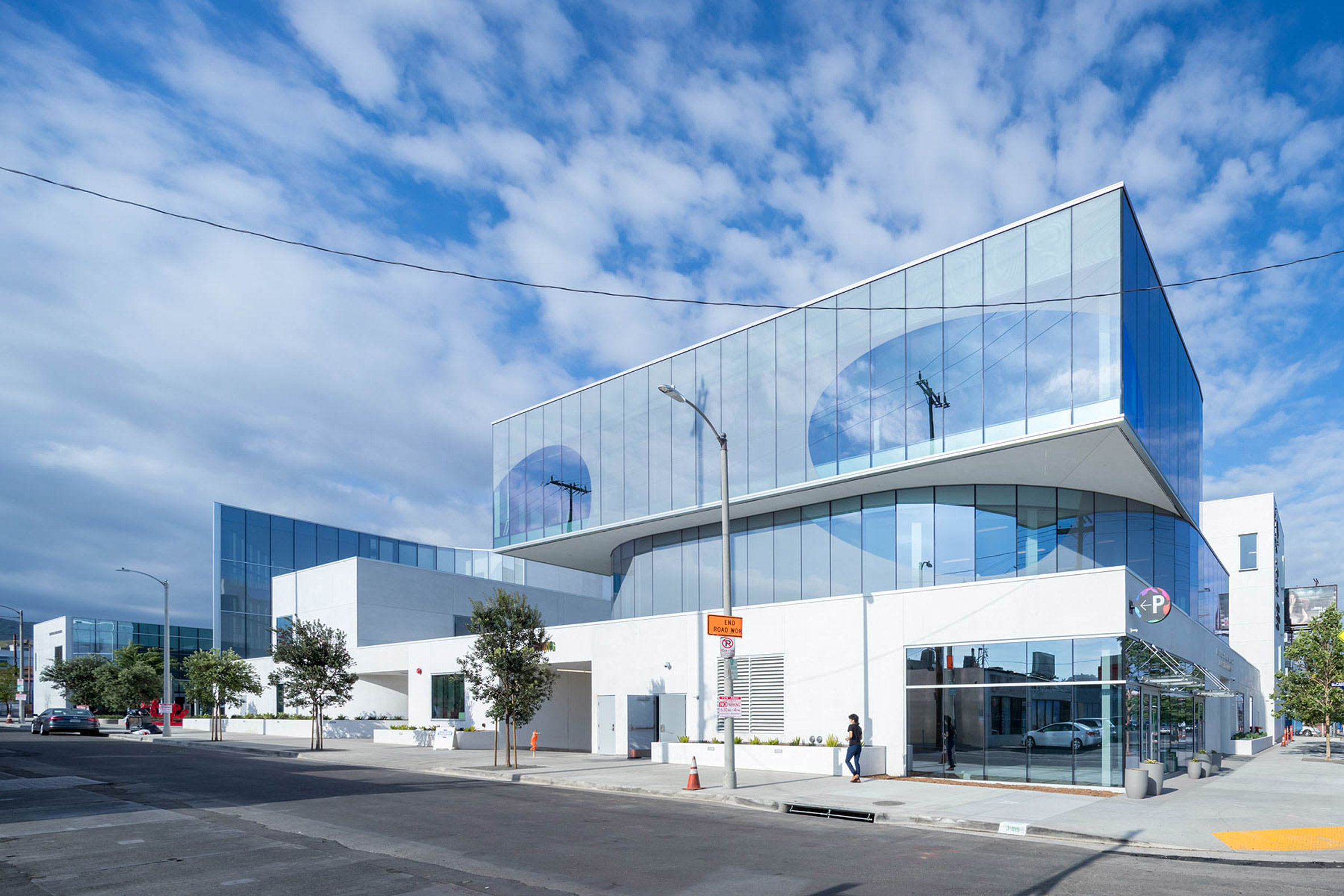 Leong Leong and KFA fragmented the campus into the different volumes to bring a “domestic scale” to the facility. The glass blocks take on various shapes, including circles and angular edges, to give the building a different appearance from various angles. For example, the administrative building has a curved edge facing Santa Monica boulevard.

Glazing is predominantly detailed with a frit pattern to reduce solar gain and offer privacy to the interiors. However, some portions are left plain to form three circles visible from different angles. These shapes are intended to reference to the centre’s round logo, as well as the spotlights of the Hollywood film industry. 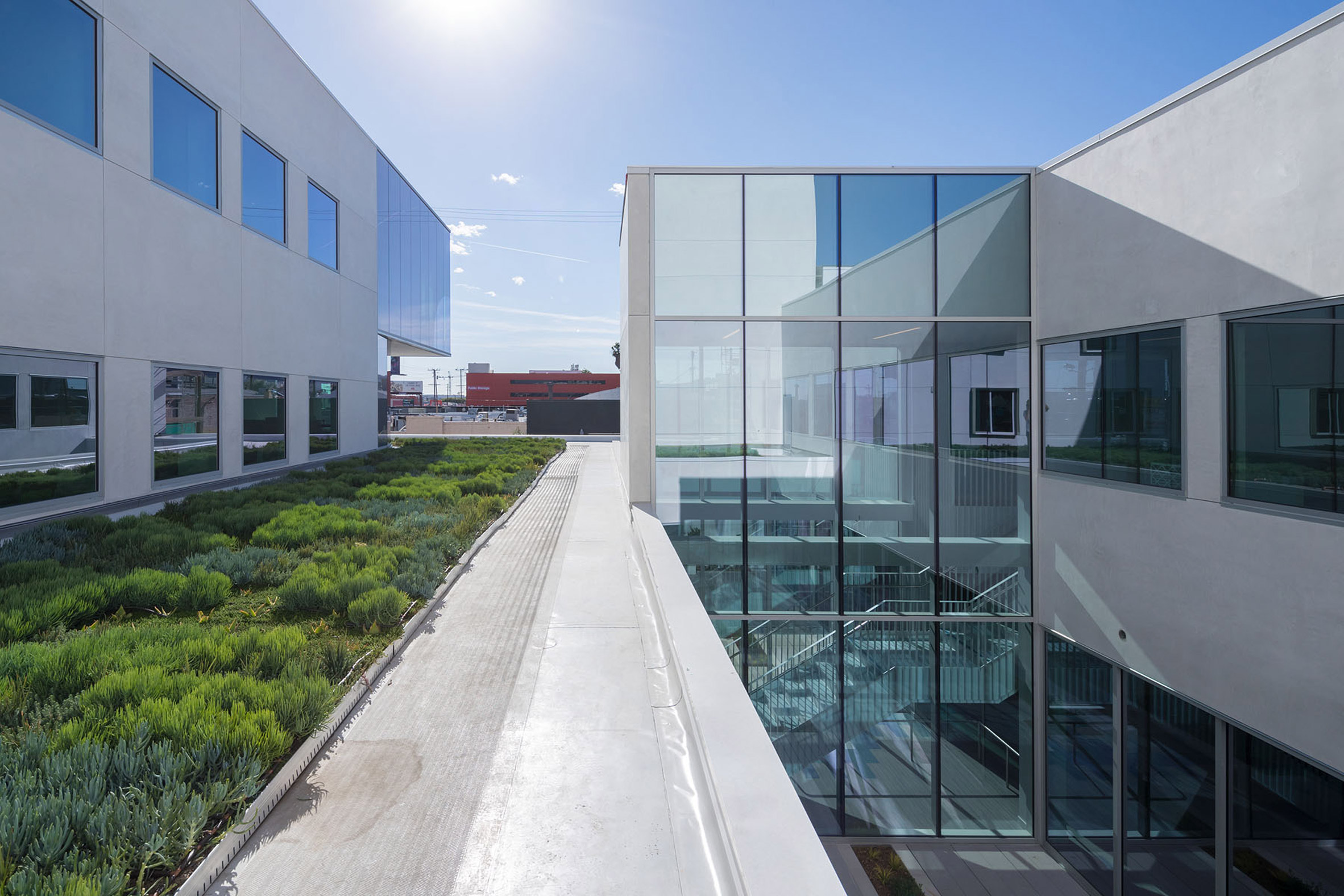 A series of courtyards are slotted within the campus to break up the programme and ensure that different user groups are offered plenty of privacy.

“The building meets many needs for a variety of groups, but by far the largest is youth services, which include emergency and transitional housing, counseling, employment and educational services,” said KFA senior associate and project manager Jesse Ottinger. “Organising these spaces required us to balance security and privacy with access and connectivity.” 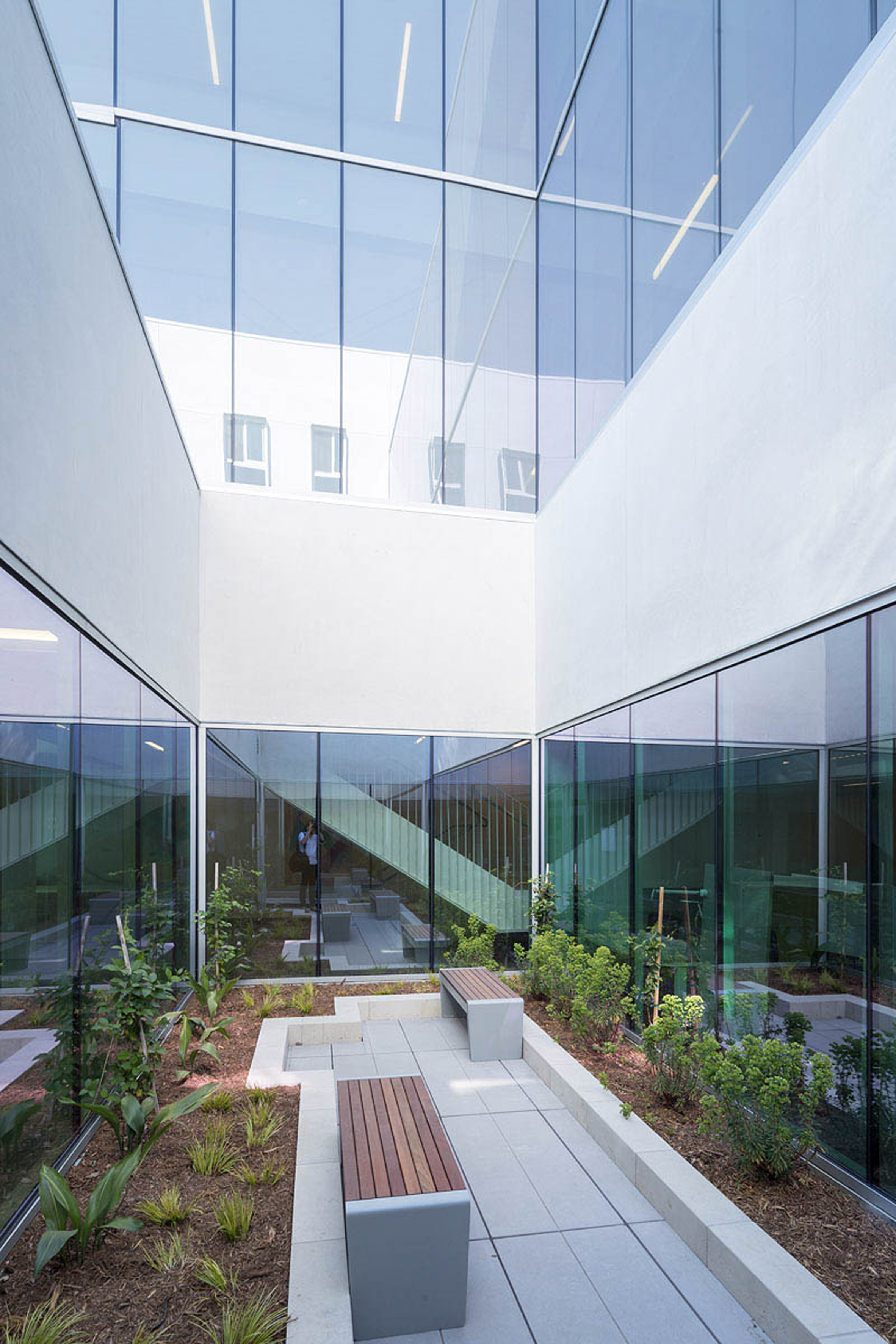 These yards also help to bring natural light further inside the large building and reference the backyards of residences in the surrounding area. “We were thinking about the historic precedent of Hollywood courtyard houses and bringing that residential scale into the building,” said Dominic. 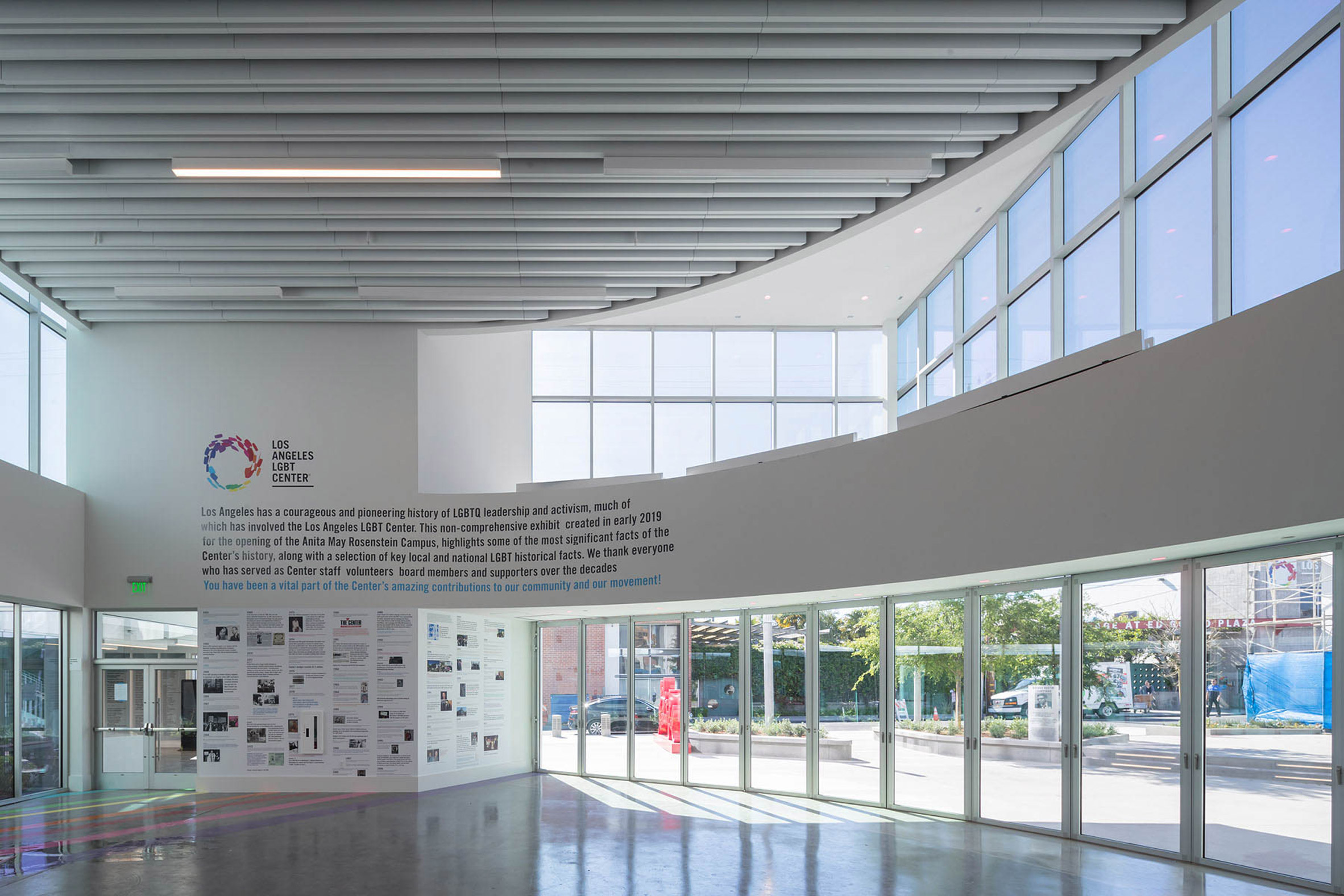 Among the main courtyards is a rectangular planted garden slotted into the middle into the youth centre. Glass doors wrap the outdoor area and can slide open to the communal kitchen and main activity room inside.

Another patio is topped with a round opening, continuing the circular motif of the centre. 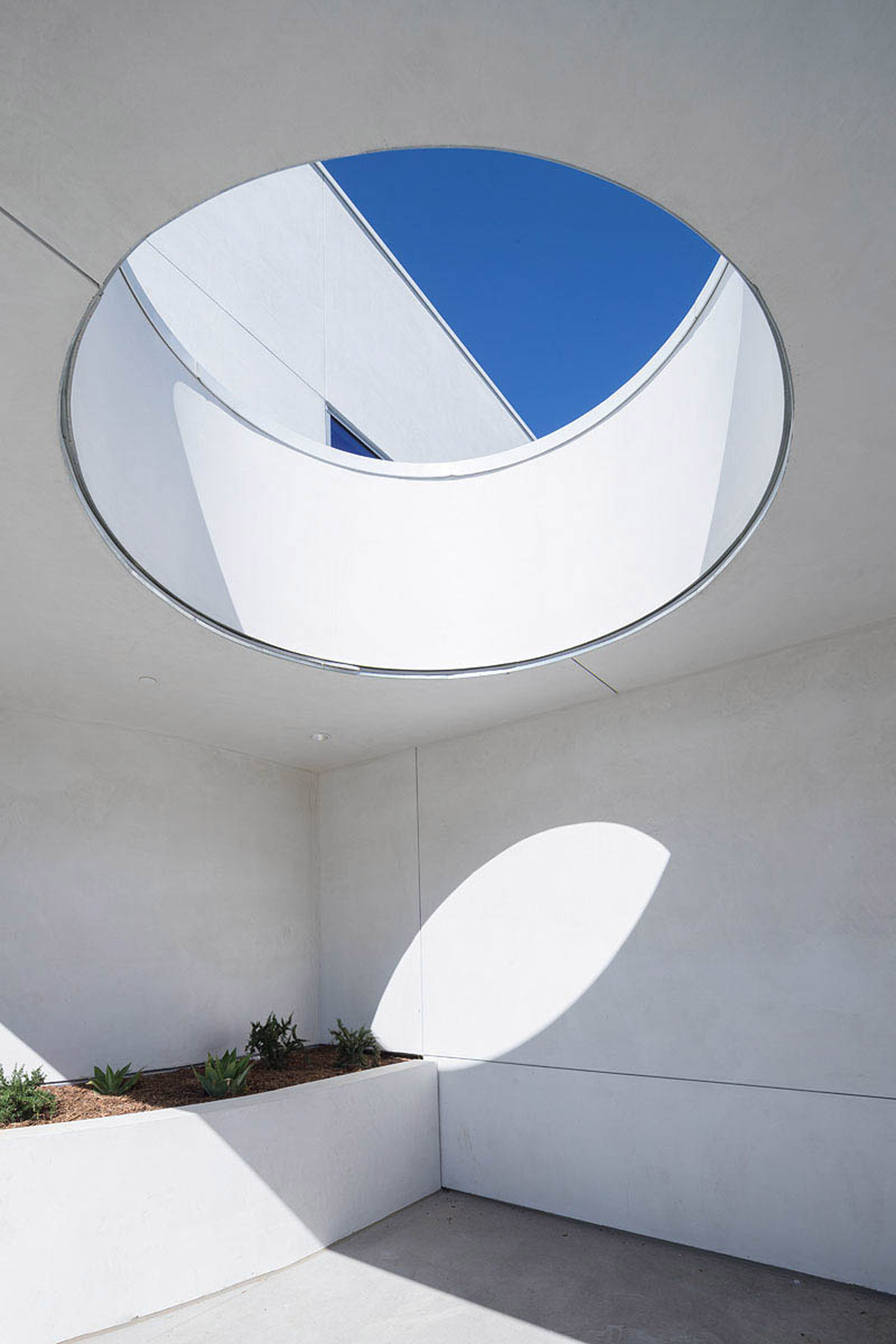 Leong Leong and KFA also introduced a public plaza along North McCadden Place to bridge the new facility with The Village at Ed Gould Plaza.

“The plaza was a key component of the design because it connects to the existing facility across the street which is a theatre and gallery space,” said Dominic.

“The idea was to create an urban room or urban plaza that connected to the existing facility so that becomes a kind of cultural hub of the project.” 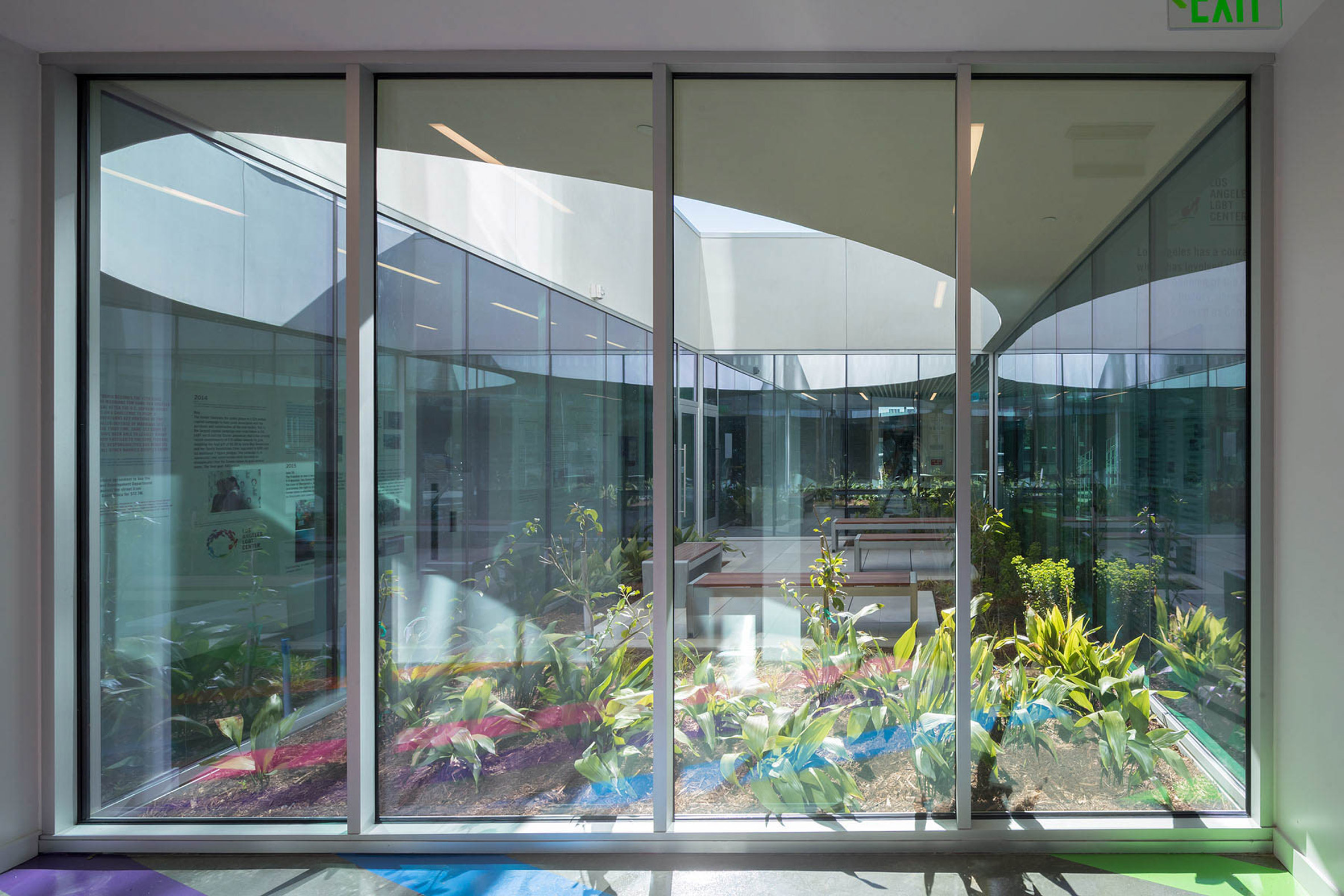 A 50-foot-tall (15-metre-tall) flexible events hall rises beside the plaza as part of the new campus, and features an angled glass facade with bi-folding doors that open outside. The roof of this “flex space” is accessible and offers views of the Hollywood sign.

The facilities provided in the new campus marks the first phase of the LGBT centre’s extension. The second phase will include 98 units of affordable housing for seniors and 25 supportive housing for young people.

Photography is by Iwan Baan.