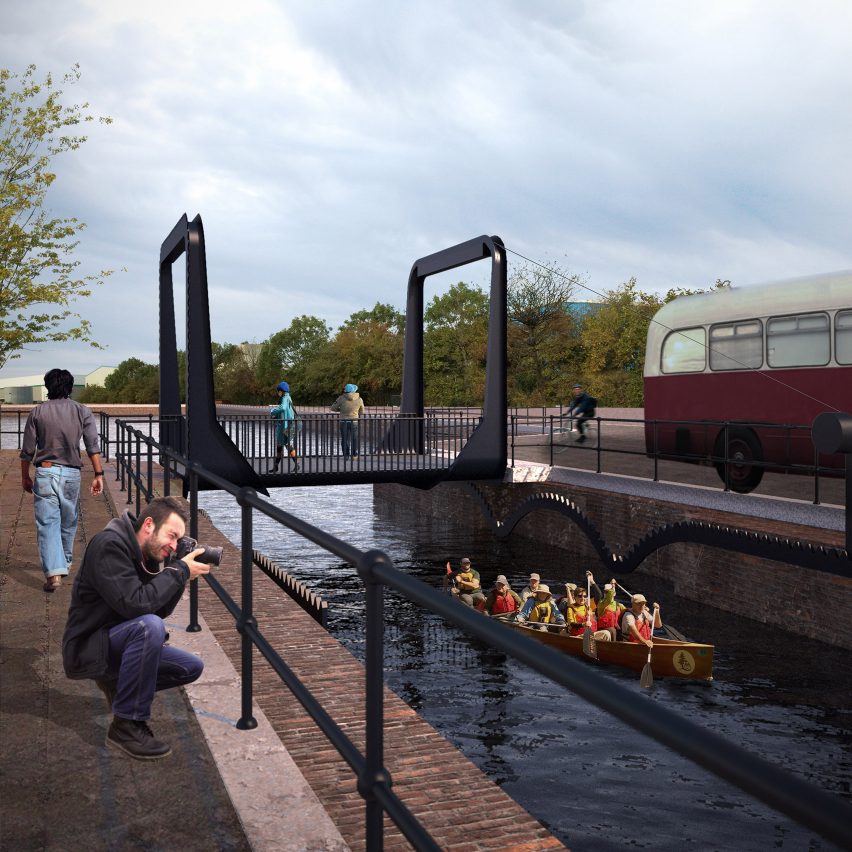 Architect Thomas Randall-Page has revealed visuals of a rolling bridge for Cody Dock in east London that can be manually rotated to allow boats to pass beneath it.

The playful steel bridge will form the heart of PUP Architects‘ masterplan to revive the Victorian dock on the River Lea, which will see the dock re-flooded for moorings and the surrounding land transformed into a creative community space.

Described by Randall-Page as “an architectural first”, the round-edged square structure will span the neck of the dock and rotate using a hand-operated mechanism and counterweights informed by Victorian engineering.

“Rolling parallel to the channel it crosses, this design owes much to its Victorian forbears. They knew that moving large heavy structures efficiently requires that they are a balanced system and my design works on this same principle,” explained Randall-Page.

“Finished in painted steel the bridge design aims to be understated in its rest position but celebratory and playful in its movement creating a memorable event for spectators when operated.” 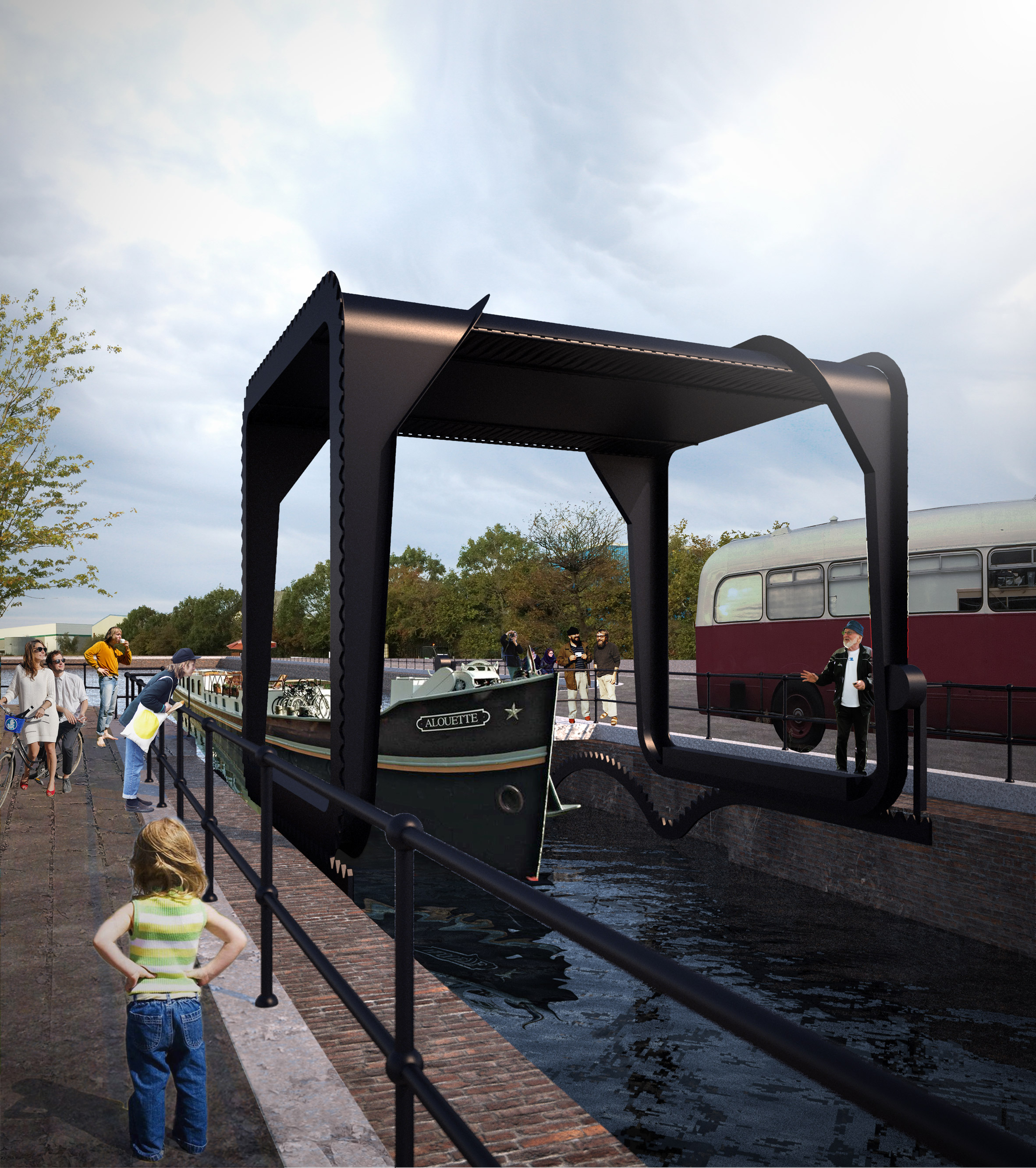 The design takes the form of a rounded square frame that sits on undulating rails supported by brick abutments.

Both the frame and railings are lined with teeth that slot into each other like cogs, so with the turn of a handle the structure transforms seamlessly from a pedestrian bridge into an arch with plenty of room to let barges through.

Counterweights within the squared frame ensure that the whole bridge structure will roll smoothly into its inverted position without motors and electricity.

Cody Dock was built in the 1870s, but by the turn of the 21st century it was no longer used and had been filled with waste following years of neglect. The site has since been revived by the charity Gasworks Dock Partnership and PUP Architects to create a community and creative quarter.

This masterplan forms an extension of the larger River Lea Park development that began in 2006. Led by 5th Studio, it is developing 45 acres of parkland, walkways and cycle paths along the waterway.

By linking one of these footpaths with a cycle route on the other side, Cody Dock Rolling Bridge will form a gateway to this park alongside a mix of artists studios, workshops, exhibition spaces and a community cafe.

“Part of an ambitious footpath and cycleway project to run the full length of the Lea river, we hope this rolling bridge will become an important landmark and a symbol of the dynamic creative community which is growing here,” added Randall-Page.

London’s Mayor Sadiq Kahn has offered support for Cody Dock’s rolling bridge as part of the capital’s Crowdfunding London initiative this year, with the belief that “the bridge will become an instantly iconic landmark for London”.

Planning permission has been granted, and Randall-Page is now running a crowdfunding campaign over the course of August to acquire funds to realise the project.

Randall-Page is a Hackney based architectural designer, and a lecturer in architecture at Oxford Brookes University and the Architectural Association in London.

Last year, he collaborated on the design and build of the second Antepavilion in Haggerston with Benedetta Rogers. Called AirDraft, it took the form of a floating theatre with a balloon-like construction to manoeuvre easily under bridges.

Other moving bridges featured on Dezeen include Heatherwick Studio’s rolling bridge in west London that curls up like a caterpillar to allow boats to pass by, and one by Knight Architects and AKT II’s that opens and closes like the blades of a traditional hand-held fan.